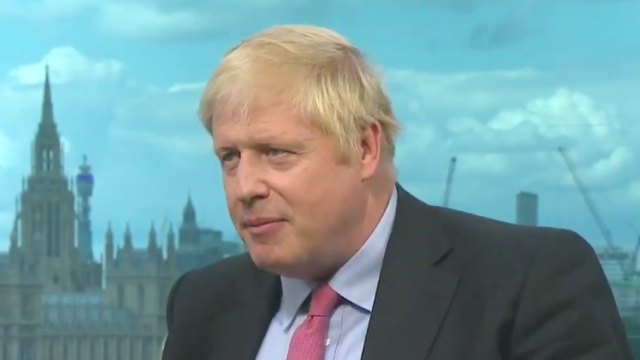 It’s looking increasingly likely that Boris Johnson will be the new Prime Minister in the next couple of weeks, which should be wonderful news to everyone worried about Brexit because he’s got an excellent plan to sort that out and leave the European Union by October 31st.

Except much like Theresa May, it doesn’t really look as if Boris has got a clue what he’s talking about. Surprise surprise. He was speaking to Andrew Neil from the BBC over the weekend and was asked for his plans to sort out the Irish backstop issue and how he viewed future trade agreements with the EU as well.

He didn’t really seem to posses the level of knowledge that you would expect from a man who was supposed to be sorting all this out and have all the answers though, admitting that he hadn’t read all the paperwork about trade agreements and not really displaying even a basic understanding of the backstop issue:

“Do you know what’s in paragraph 5c?”

The Andrew Neil Interviews: Watch in full at 7pm on @BBCOne #BBCOurNextPM

Andrew Neil says there’s a problem with that, as EU sees #Brexit backstop as “precondition” for future talkshttps://t.co/MMt9zBbPiK #BBCOurNextPM pic.twitter.com/EZcpLLoIpO

Yeah I mean you can’t really understand how many times the EU have said that they’re not willing to renegotiate the withdrawal agreement, but every UK politician in power out there is still insisting that it can be renegotiated can you? I guess they must know something that I don’t, but needless to say it should be a really ‘fun’ time watching Boris piffle around completely screwing this up so that nothing happens come October 31st. Can’t wait.

For more of the same, check him out vowing to make Britain the greatest place on Earth. Sure it’s going to happen soon.