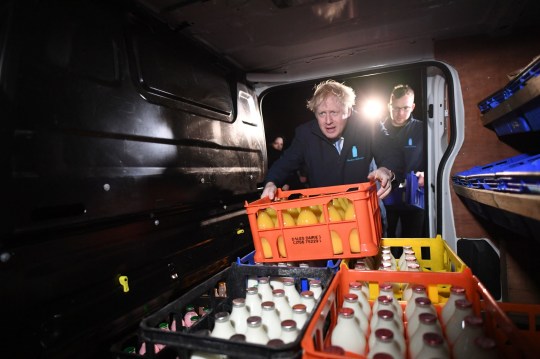 One day to go until the most important general election of all time and Boris Johnson has kicked his day of campaigning off in great style by having his minder tell a journalist to essentially fuck off when asked for an interview.

Johnson’s election campaign has been characterised by his inability to show up to debates about climate change or be interviewed by anyone who was actually going to grill him about his policies and character and this has continued today, when his minder bluntly told a Good Morning Britain journalist named Jonathan where to go when he asked him to come on. The Prime Minister was delivering milk and orange juice to houses in West Yorkshire when he was asked the question and initially left the answer to his minder, but eventually told Jonathan that of course he would be appearing, only failing to actually give him any indication of when that might be.

Yikes. I guess you can’t really hear what the guy says but it clearly isn’t that kind by the reaction of everyone at the scene and everyone in the studio, but I don’t really get why anyone would expect anything different from Boris Johnson and his team at this point? Looking forward to the interview tomorrow on the 12th Never.

For more of the same, check out Boris Johnson winning an award for talking complete and utter nonsense. What a legend.