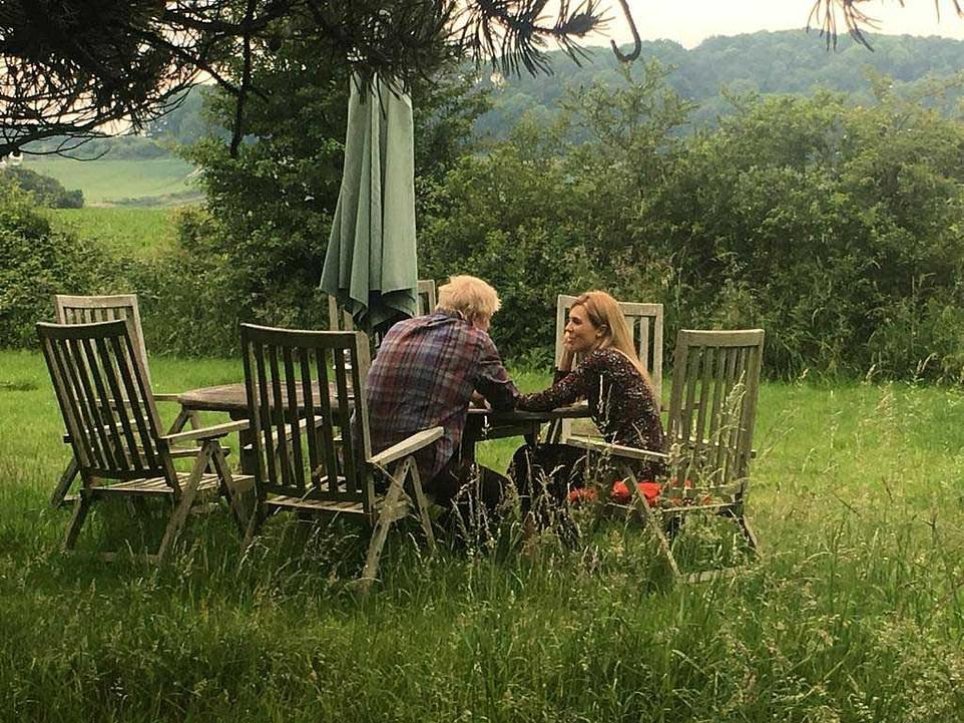 Boris Johnson’s campaign to become Torty leader has been littered with the bumbling gaffes that have punctuated his political career, but I doubt that anyone could have foreseen the domestic violence situation that occurred on Friday when the police were called to his house late at night to investigate claims of a bust up between him and girlfriend Carrie Symonds.

No charges were filed after the police talked to the pair, but the damage has already been done and many people are now left questioning whether Boris is fit to lead the country given the fact that he’s regularly arguing with his girlfriend and throwing plates at her. It hasn’t really helped that he’s steadfastly refusing to talk about it whenever appearing on television or being interviewed.

What his campaign team have decided to do however is release these pictures which were apparently taken on Sunday of the two looking smitten with each other in an East Sussex field. However, nobody is really buying them because they look completely and utterly staged and some people are even questioning if they were taken over the weekend as Boris Johnson’s hair looks way different in them to how it’s currently looking. Good one.

I’m told by the Boris Johnson campaign that the picture is genuinely from Sunday.

Yeah, not convinced at all but hey, I doubt this is going to do anything considering how Donald Trump managed to get himself elected over in America despite saying he wanted to grab women in their pussies. This is a breeze compared to that and I fully expect Johnson to be moving into 10 Downing Street in a few weeks time. He’ll probably do a whole bunch more stupid things in the meantime just to make his election even more of a joke. Just how it seems to be these days doesn’t it?

For more of the same, check out this TV show host saying he put his dick in Boris Johnson’s pint. Lol?