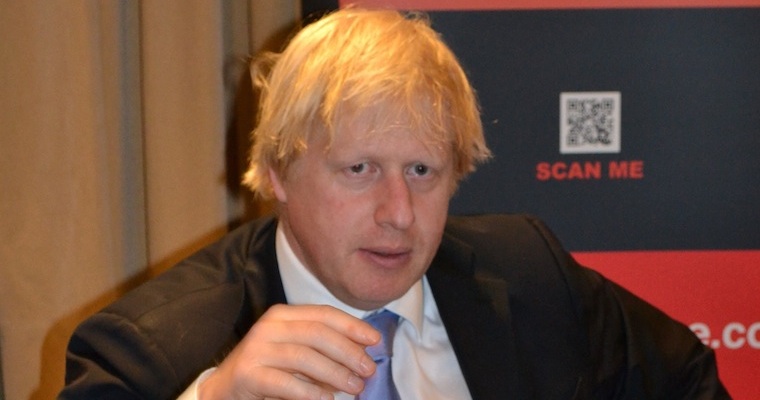 A short overview of Boris Johnsonâ€™s political career. Including quotes from the man himself. Not one of the most politically correct people in politics. 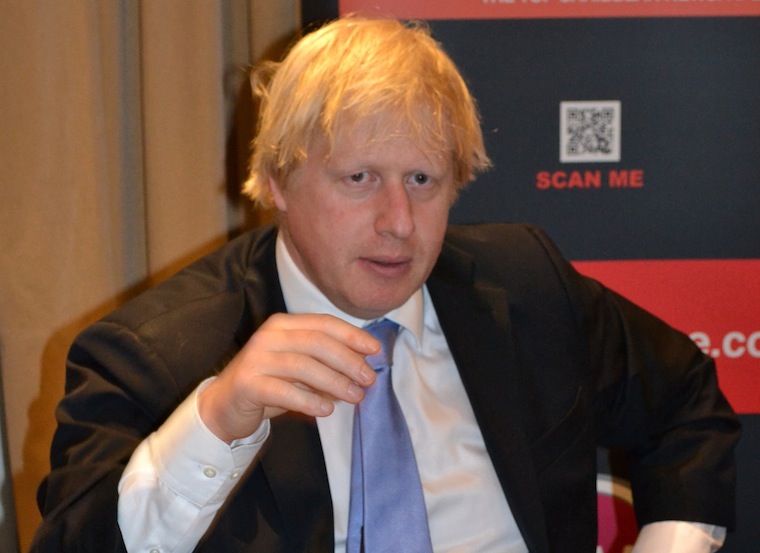 So the overriding opinion is that bumbling Boris Johnson is capable enough to run a country. After all, he’s already Mayor of London. According to many social networkers, he’s the ideal candidate, especially after his performance at the Olympics – although not as an athlete, of course. I’m sure he wouldn’t look too great in lycra.

Being strung from a zip wire only increased his appeal to ‘the common man’.  This is the impression everyone seems to have of Boris Johnson,  but it’s a false one. He’s an overpaid Eaton boy, whose pastimes include partaking in racist, homophobic and sexist behaviour, as well as harbouring a potential love child and frequently cheating on his wife.  You could infer that Boris Johnson is  just the ultimate LAD  (and/or worships John Terry)  which might explain his popularity? An interesting theory but one I find hard to believe, having seen him dance on Sunday night at the Olympics Closing Ceremony. The overriding opinion is that he did the perfect imitation of  a dad dancing to Buddy Holly, although I beg to differ.  I thought he  looked more like a k-holed orang-utan. Or even just a k-holed horse. In any case, I’m sure he won’t find himself in the LAD bible anytime soon.

However, One thing you could never fault Boris on is his intelligence. It’s something which is often overlooked as he frequently come across as  being mentally impaired. Although, more so when he’s trundling along on one of his Boris bikes, drawling about right winged ideologies in that articulate tone he has. Sometimes playing out like the local religious nut.  But it’s this faÃ§ade of stupidity which has us all infatuated. He’s a politician who doesn’t spout phrases to the press which may as well be in Latin.

Who needs terms like ‘quantitate easing’, when you can travel with the UN to Uganda and describe the natives as “piccaninnies”? Every prominent figure has a slip of the tongue. When you’re in the public eye, every step you take is watched ruthlessly by the media. Nevertheless, Boris’ actions don’t need to be exaggerated for a news headline. For example, when commenting on Tony Blair’s trip to Africa, he remarked that “The pangas will stop their hacking of human flesh and the tribal warriors will all break out in watermelon smiles to see the big white chief.” There are those who scream that political correctness has gone too far but Boris seems to have disregarded it all together. What else can you expect from a man who found “a cheer rising irresistibly” in his throat whenever George W Bush appeared on TV? Bush himself wasn’t the most socially sophisticated president and a man who America “misunderestimated”. Monkey see, monkey do I suppose. 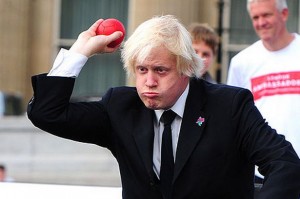 You may believe Boris is only playing up to his podgy and endearing exterior. That he’s naÃ¯ve and sometimes has the same thought process as an impulsive child. However,that’s not necessarily the case. This is evident when he made his message clear on gay marriage, concluding that: “If gay marriage was OK, I see no reason against a union of three men and a dog”.  Considering his past relationship with chastity, he should probably be kept away from this sort of meeting.  We all have our weaknesses, but this time I’m pretty sure he’s discounted the man on the street.

Are you still happy to have this man as Prime Minister? You may not be swayed. After all, he’s fun to watch; even I’d encourage putting him in the public eye more often, purely for entertainment purposes. But definitely not in a position of power.