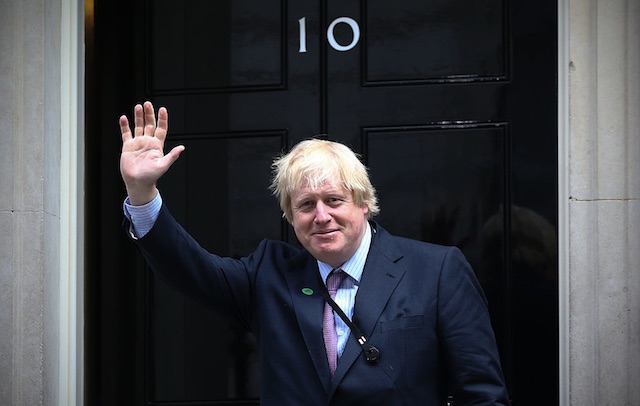 2020 has been a pretty crap year for everyone and most people can probably agree that this is at least in part due to Boris Johnson’s spectacular mismanagement of the situation.

Whether or not that makes him a cunt is up to you to decide, but the guys in ‘The Kunts’ certainly think that this is the case as they’ve decided to write a song called ‘Boris Johnson Is A Fucking Cunt’ and it’s somehow made its way into the Christmas number one debate. It’s currently residing at number six in the official charts behind Ladbaby’s ‘Don’t Stop Me Eatin” which is apparently running away with the number one spot. Mariah Carey’s ‘All I Want For Christmas’, Wham’s ‘Last Christmas’, and Jess Glynne’s cover of ‘This Christmas’ also sit in between the two titles.

Anyway, if you think it would be funny for ‘Boris Johnson Is A Fucking Cunt’ to get to the Christmas number one then you can stream the track above or buy it here. Buying it helps way more than streaming and it’s only a pound so you might as well. Go for it.

Either way it looks like they’re going to at least have to mention it on the radio or wherever the charts are announced these days, so there’s that at least. Would be great to beat those idiot LadBaby people though. They’re so annoying and probably won’t ever stop if they keep scoring Christmas number ones with their inane songs about sausage rolls. We would be doing the whole nation a favour here if we stopped them.

For more of the same, check out this supercut of Matt Hancock acting weird. There’s a lot of content.