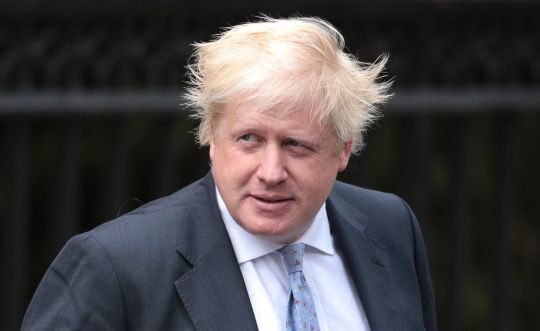 Boris Johnson has gone from someone everybody thought was kinda funny and dumb when he was London Mayor to someone that pretty much everyone hates following his role in Brexit and the resignation as Foreign Secretary a few weeks ago and he’s not really doing himself any favours when he’s coming out with stuff like what he’s saying in this article.

Johnson has now dropped another clanger in his column in The Daily Telegraph, when he criticises the wearing of burkas by Muslim women:

If you tell me that the burka is oppressive, then I am with you.

If you say that it is weird and bullying to expect women to cover their faces, then I totally agree – and I would add that I can find no scriptural authority for the practice in the Koran.

I would go further and say that it is absolutely ridiculous that people should choose to go around looking like letter boxes and I thoroughly dislike any attempt by any – invariably male – government to encourage such demonstrations of ‘modesty’.

If a constituent came to my MP’s surgery with her face obscured, I should feel fully entitled – like Jack Straw – to ask her to remove it so that I could talk to her properly.

If a female student turned up at school or at a university lecture looking like a bank robber then ditto: those in authority should be allowed to converse openly with those that they are being asked to instruct.

I mean he does have a point sure – and even later in the article went on to defend a woman’s right to wear a burka too, which a lot of media company’s aren’t picking up on – but it really is his choice of insulting language that isn’t really doing much to help an already loaded situation. Pretty irresponsible for a guy in his position, but I suppose we shouldn’t exactly be surprised in the current political climate. Sad.

For more Boris Johnson, check out the evolution of his hair in pictures. Awful.