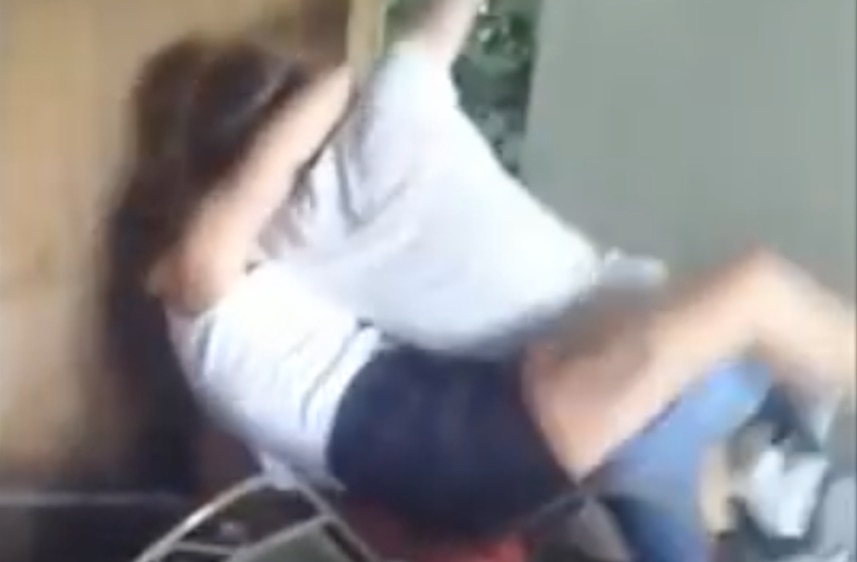 If there’s one thing that I don’t want to happen when I’m hitting the bong, it’s a bunch of beef between the people I’m hanging out with. I’m just there, chilling, trying to relax and enjoy my buzz and two people are arguing or fighting and trying to kill my vibe. Not what it’s about yo.

That’s why I can identify with the guys in this video. They’re just sitting around, hitting the bong and enjoying life when these two crazy girls start yelling and screaming at each other about some bullshit and then full on go at it in their garage, beating the shit out of each other.

Normally I would get in there and try and break that stuff up, but when I’m on a bong session I’m probably just gonna look at it all stoned and watch it unfold like it’s fascinating. And that’s exactly what the guys in this video do for about a minute before they break it up, even though one girl is pummelling the crap out of the other one.

Make sure you watch until the end of the video for a bit of a twist:

Great video and I especially love the way at the end the guys are so much more instantly angry and concerned about the fact that the bong got smashed compared with the fact that two of their friends (I suppose they’re friends) are beating the crap out of each other in front of them. Classic stoner behaviour.

For more bong sessions, check out The Bong Lord doing his thing.