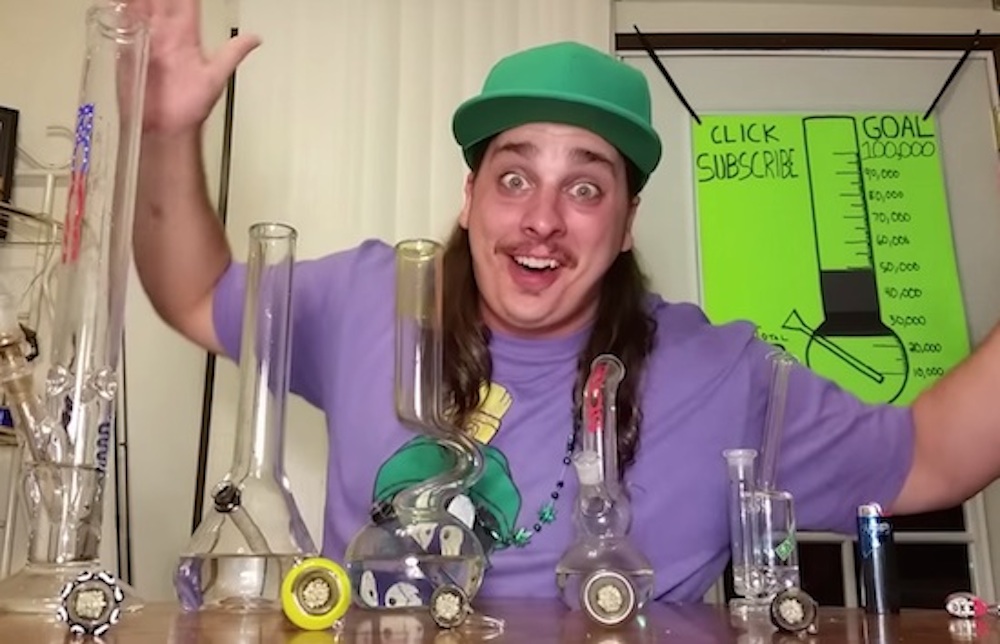 This guy proves to everyone he really is a master smoker.

A few weeks ago we featured this guy called the Bong Lord, who did a four shot bong and then downed the bong water and stated that it was probably one of the most outrageous things we had ever seen involving a bong.

Well, it only took a few weeks but now this video has come along which almost blows his out of the water. It’s got a guy who looks like he models his style on Kevin Smith in the 90s who also looks like he models his lifestyle on Silent Bob if this video is anything to go by. In it, he proves that he’s an absolute master smoker by hitting not one bong but five in a row without breathing in.

What an absolute boss, although he does look completely and utterly baked by the end of it. It probably explains why he’s such a big guy if he does stuff like this on the reg – you can’t stop those munchies. If he keeps going this way he’ll probably end up like Kevin Smith in 2010 – too fat to board a plane.