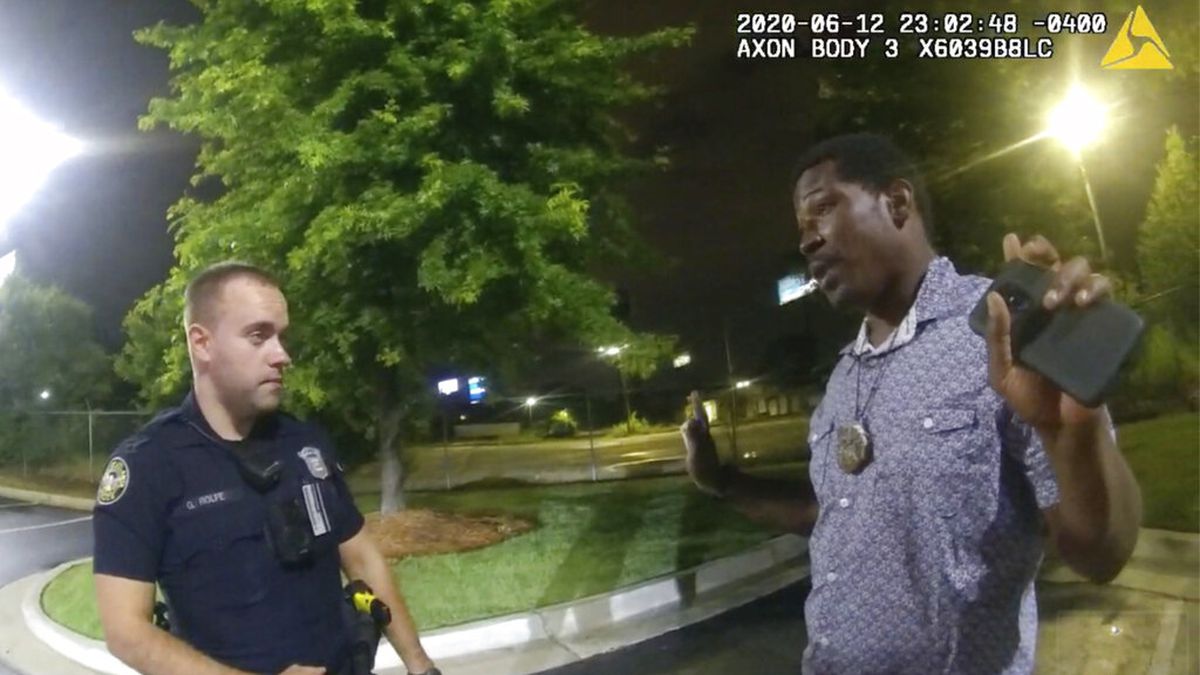 Even thought the Black Lives Matter protests have raged on for the last couple of weeks, black men are still being shot and killed by police with the latest victim one Rayshard Brooks from Atlanta, Georgia.

Brooks was found sleeping in his car at a Wendy’s drive thru by police on Friday and after an altercation between the cops and Brooks they ended up firing on him and shooting him dead. The police have released the bodycam footage from the incident and there’s a lot to process with it.

Take a look at the full video below:

This is a tricky one. Obviously I don’t think it’s a good idea for cops to shoot unarmed men of any ethnicity at any point, so let’s just get that out there first, but it does seem like Brooks resists having handcuffs put on him at the end and then tries to steal one of their tasers and run away from them.

That definitely isn’t the right course of behaviour in this situation and yeah, the cops could have feared that he was going to tase them and injure/kill them, but I’m not sure if that means they need to pump him full of lead either. Even if they really did feel the need to shoot him, surely they could have just shot him in the leg to disable him? Or better yet use some form of non potentially lethal force to take him down, either with another taser or otherwise? Shouldn’t they have the training for that?

Having said all that, I’m not even really sure why the cops felt the need to cuff him in the first place. The guy was polite and co-operative throughout the encounter and wasn’t looking to drive home, even saying that he could just walk to his sister’s nearby house multiple times? Surely just letting him do that would have been a major win for everyone involved, especially with everything that’s been happening recently?

It’s so weird and messed up that this is the established method of dealing with someone that isn’t really been threatening at all until he end of the video. Yes, Brooks shouldn’t have done what he did towards the end and probably should have been more aware of the consequences of his actions given recent events, but the whole exchange is evidence of why the whole police force in America needs better training/reform.

It does seem like this is happening as well – the officer who shot Brooks has been fired and the mayor of Atlanta announced new police training in de-escalation techniques to avoid fatal situations. She also announced that officers would now be required to intervene if they see colleagues utilising excessive force. That’s positive news.

For more of the same, here’s a cop tasering a black man out of nowhere just last week. Didn’t rate that at the time, but a much better outcome than what happened here.