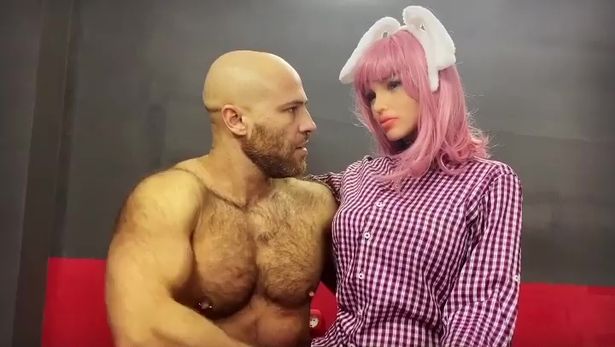 It’s been a while since we’ve heard from the Kazakh bodybuilder Yuri Tolochko who once married a sex doll in a lavish ceremony, but it turns out that he’s still up to his completely mental antics as he’s now announced that he wants to get hitched to an ashtray and give it a a vagina.

As with everything he does he decided to let us know via his Instagram account in a typically bizarre post that would make absolutely no sense if anyone else stuck it up:

I did not click on the Telegram link, let me tell you that much.

Anyway, I suppose we should let this guy get on with it because he isn’t really harming anyone and I guess people being sexually attracted to objects is something that’s happening more and more and we’re learning to understand this more and more, so maybe it’s a good thing he’s out there promoting it? Or maybe he is actually mentally ill and he should get some psychological help!?

I don’t know the answer to either of those questions but I guess I’ll keep writing about him becuase he’s a crazy character. Not really that useful from me.

For more of the same, check out when Yuri cheated on his sex doll wife with some weird object earlier this year. What a life he leads.