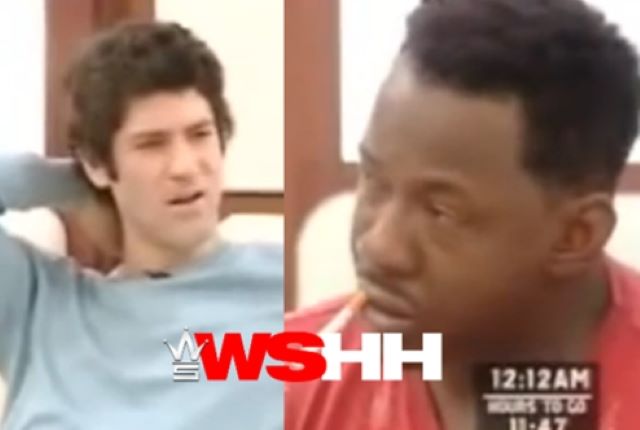 “24 Hours with…” was an ITV chat show back in 2007 where a celebrity spent 24 hours locked in a room with an interviewer asking them questions. Seems like a cool idea, so shame it was soon scrapped by the broadcaster.

In any case, it did provide some memorable moments, most of all an interview with Bobby Brown in which he becomes completely outraged by interviewer Jamie Campbell making a gay joke at him. Watch below:

Wow… who would have guessed that crack-smoking, wife-beating, short-tempered Bobby Brown was also homophobic? He basically reacted like the Nazi in that Louis Theroux documentary who got wound up when he wouldn’t tell him if he was gay or not.

I mean even if Jamie Campbell had propositioned Bobby Brown for sex (which he didn’t), he could have just  declined and not made a big deal about it. So what was near-violent reaction about? Cracking his knuckles like a tough guy? Was he scared he’d enjoy being bummed or something?

Even more baffling when you remember this is the man who made this tune!

Doesn’t get much gayer than that, does it? Well apparently it does, but not on Bobby Brown’s watch. As for whether Jamie Campbell is gay or not – turns out he isn’t. You can chill now, Bobby.

To watch a woman’s brain explode when she realises the political candidate she voted for is a homosexual, click HERE. Welp, too late.