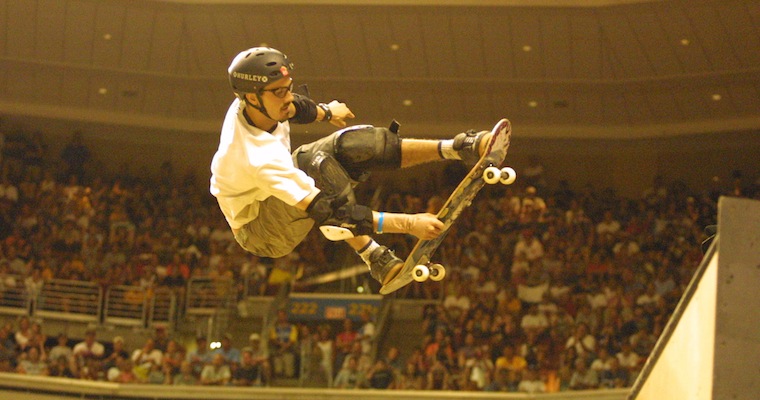 Bob Burnquist shows us why he’s king of the vert in the video from the 2001 X-Games.

Since becoming a massive Tony Hawk’s Pro Skater fan when I was a kid, I learnt about skaters such as Bob Burnquist, Rodney Mullen and Chad Muska. Those guys will always have a place in my heart as they were my introduction to the world of skating. Absolute heros.

Looking back on it, Tony Hawk’s was a totally sick game, a tad unrealistic no doubt, but still, one of the best games ever I’ve ever played. Who could ever forget the school level? And how about when you could build your own skate park in THPS2 – that is what dreams were made of when I was 13.

I don’t really keep up to date with skateboarding these days, and only really catch stuff that goes up on Sick Chirpse, like the Kilian Martin video we posted last month. But when something real good comes about in the skate world we’ll always have time for it on Sick Chirpse.

This video is from 2001, so it’s getting really old now, but is still as amazing today as it was back then. The video features Bob Burnquist and skating his final run in the 2001 X-Games Vert competition. He’s following up from Bucky Lasek who’s just lay down a sweet run, so Bob knows he’s got to pull out all the stops if he wants to beat him. He 100% pulls ALL the stops out. Bob scores a 98 and Tony Hawks jizzes his pants while he commentates. Epic vert steez goin’ on right here.