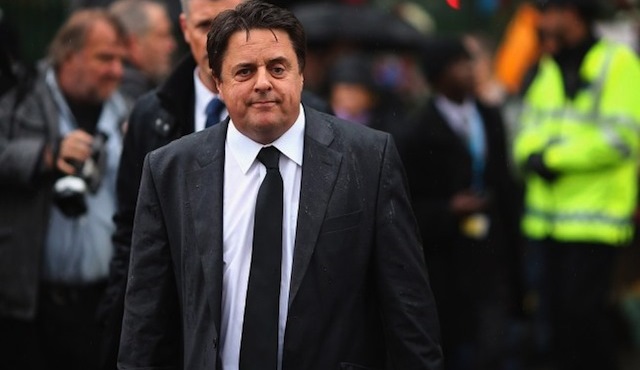 BNP leader and consistent bell-end, Nick Griffin, was declared bankrupt by Welshpool and Newtown County Court yesterday. The far-right political troll says the BNP funds are still in the black [immature giggle] and the passing will not affect his application for joining the European Parliament as the terms of his bankruptcy (which will be lifted in a year’s time) are within the remits of EP guidelines. It also won’t affect his current position as MEP of the North West, of which he was elected in 2009. He spoke on his Twitter page of feeling freed from financial worries, essentially giving him more time to focus on the things that matter in life. This will include making a BNP pamphlet about dealing with debt which I can’t help but feel wildly excited for.

Party funds are not affected in any way. Our campaign in May will be our most professional yet & I will be lead candidate in the North West.
– Nick Griffin MEP (@nickgriffinmep) January 3, 2014

A note for all: Being bankrupt does NOT prevent me being or standing as an MEP. It does free me from financial worries. A good day!

I am now turning the experience to the benefit of hard-up constituents by producing a booklet on dealing with debt. No surrender!