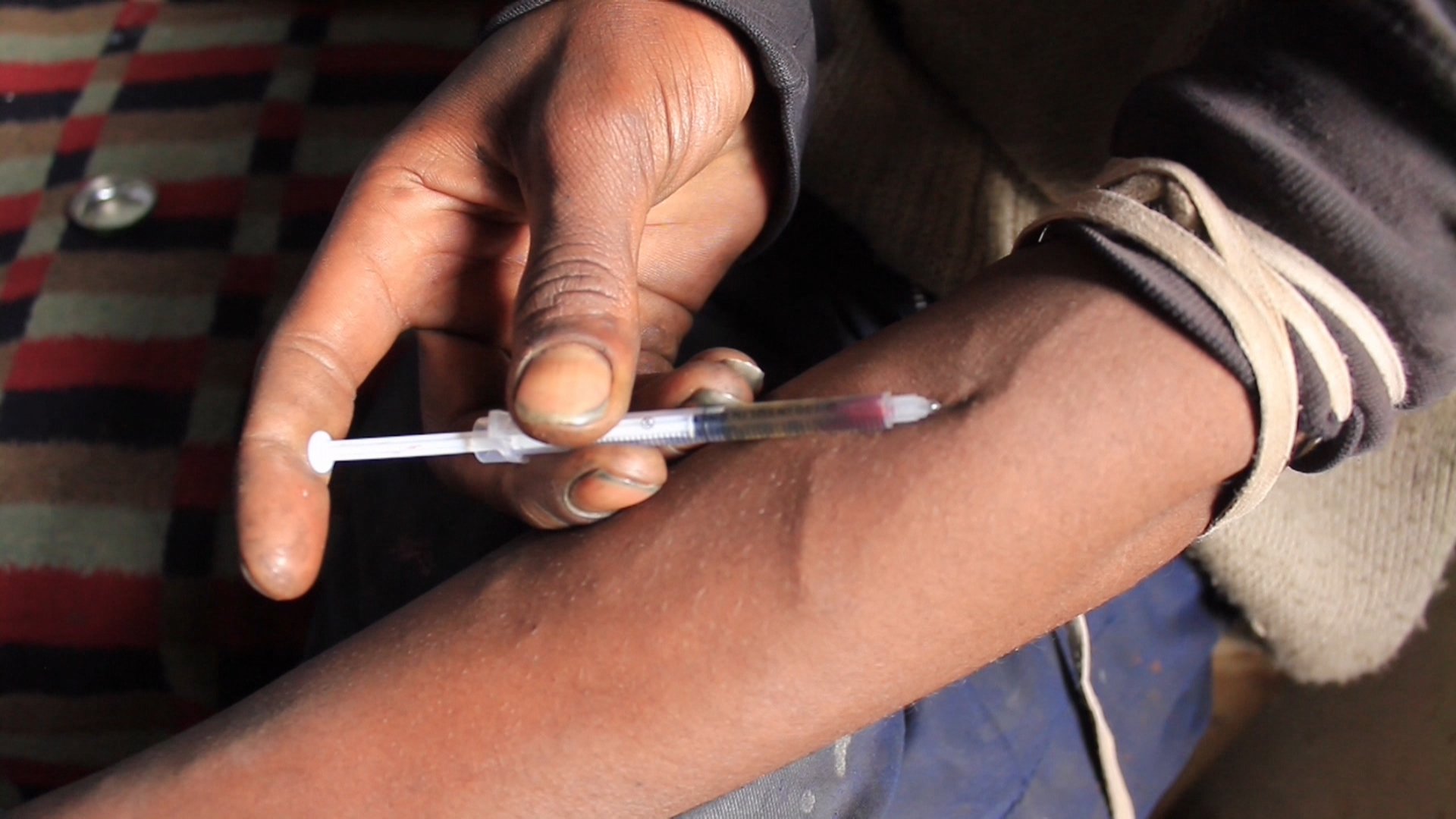 The lives of drug addicts has always been completely and utterly grim and it only seems to be getting worse when you hear about new trends such as ‘bluetoothing’, which involves heroin users shooting up and then taking their blood and injecting it into other users to share their resources, save heroin and get high. Take a minute and think about that and how gross, rank and dangerous it is.

Yeah you got that picture in your head now? The practice is apparently common in South Africa in the slums of Johannesburg, where Sky Africa’s correspondent John Sparks recently travelled to investigate it and the results he found were about as dreadful and depressing as you could imagine. He found that addicts were using a drug called nyaope – which contains heroin, antiretroviral drugs and even crushed glass and rat poison to fill it out – and they would take this by injecting it into themselves, then pulling blood back out of their veins and injecting it into their buddies.

Every day, the addicts would wake up with aching joints, cramped stomachs and the regular need to vomit. They would head to the dump where they would immediately spend money on nyaope, which they would either sprinkle over a marijuana cigarette or bluetooth, depending on how they were feeling and how much they scored. Unfortunately the high would only last for about an hour though, and then they’re stuck looking for their next hit, like so many addicts all over the world.

There’s a news report below that shows people bluetoothing, but be warned it’s pretty graphic so if you don’t want to see people sticking needles into themselves then don’t even bother watching it:

Ugh. Even I had to turn that off halfway through because there were so many needles going places I couldn’t really deal with watching. Such a gross situation those guys find themselves in, without any real way out ever. The National Council on Alcoholism and Drug Dependence (SANCA) has assigned one social worker to this particular dump named Mary Mashapa and she had the following to say about this new craze:

It is very addictive. It is very, very addictive, I must say. They are chasing the very same high they got the first time and they can never get to that.

Exchanging blood without screening it, without knowing whether people are carrying disease – it’s just not safe.

For more of the same, check out the cops finding £800,000,000 of cocaine in a banana shipment recently. Stuff is everywhere, man.