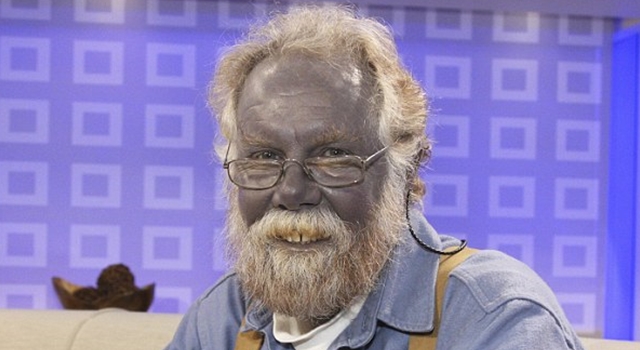 This isn’t about aliens or monsters or whatever, it’s about some real guys and gals in America that turned blue.

It just so happened that Martin Fugate’s pasty-faced wife carried the met-H gene, as did some members of the other family they interbred with. The two families were so far out into the wilderness that no one really got a chance to enjoy their royal complexions until the 1950s. 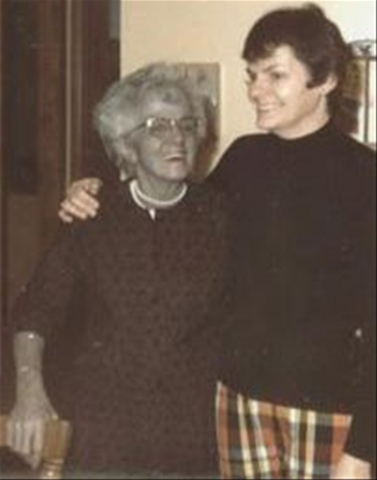 In 1958, Luke Combs one of the Fugate’s descendants took his wife to the University Hospital of Kentucky and the doctors ended up paying him a lot more attention than his lady wife. Here’s a great quote from doctor Charles H. Behlen II in the Tri-City Herald in 1974 : “Luke was just as blue as Lake Louise on a cool summer day”. Brilliant quote Mr Behlen, that’s so American.

The familial version of the disease isn’t really too much trouble it turns out, but you might have shortness of breath, head and muscle aches and things like that. Most of the family lived healthy lives into their 80s and 90s. 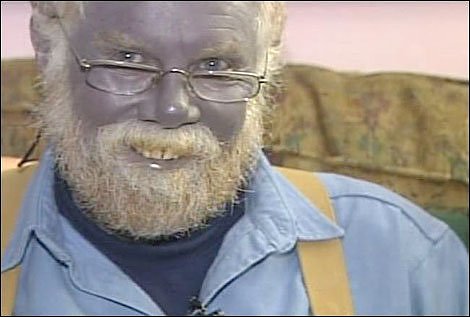 The Fugates and their blue skin aren’t the only smurf-like wannabes though. There’s more than one way to turn yourself blue. The chap at the top of the post, Paul Karason, was drinking silver to help a skin condition. I mean, even without a degree in medicine I think most of us would consider drinking metal a pretty bad idea. Anyway, it cleared up his skin complaint, apparently fixed his arthritis and slowly turned him an enchanting shade of blue. So don’t try that at home, or indeed anywhere. He’s dead now, heart attack.

So the moral of the story is that if you are naturally genetically blue you’re ok, but if you have turned yourself blue by drinking metal then you’re in trouble but your joints won’t ache. OK? I hope we’ve learned a valuable life lesson today.

â˜› Up Next: The Lobotomy: Shoving Ice Picks Into The Brain