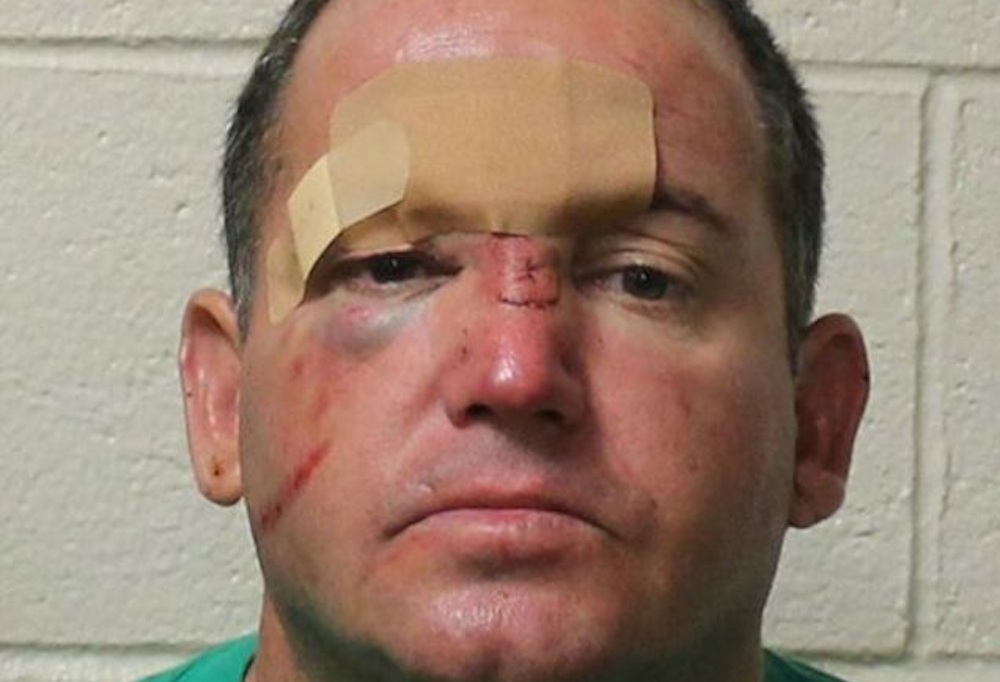 They were fighting because the coach had dropped the other dude’s daughter from the team.

You know what’s great about America? That you can take your kid down to the local field or sports centre or whatever, and there’s always a little league team that they can join.

Then, as an overenthusiastic fat American parent, you can go down to every game and cheer on the team – sorry, just your kid really – and have passive aggressive arguments with other parents about who should be starting and playing where on the team. You had better be careful that these arguments don’t get too heated though, because then you might end up trading blows over them like these two assholes from New Jersey.

Amazingly it seems like this one guy is actually the coach of the softball team, and that he’s dropped the guy’s daughter because the guy himself has been an asshole and it has nothing to do with her performance on the team. Even more amazingly, it’s the coach who throws the first punch at this guy and then beats him to a pulp following the argument. And I mean a pulp, literally – it’s like a UFC fight the way he takes him down and then whacks him in the face over and over again cutting him up. Robbie Lawler would be proud.

Here’s the official narrative from the police report:

On 15 July 2015 at 6:08 PM a deputy responded to the Wicomico County Youth and Civic Center in reference to a fight between two subjects on the property. Upon arrival, the deputy located Michael Barbella in front of the Civic Center being attended to by EMS personnel. The deputy learned that Barbella had been involved in an altercation with another individual, Michael Duffy, that turned into a heated mutual physical altercation between the pair. During the investigation the deputy learned that the altercation stemmed from a previous problem which prompted Barbella to travel to Wicomico County to confront Duffy and other parents from a travel softball team.

During the investigation, the deputy was shown text messages sent by Barbella earlier in the day that appeared to be Barbella challenging Duffy to a physical altercation.

Well, I guess he got what he wanted there didn’t he? Be careful what you wish for. It’s crazy that he was so angry he actually travelled some distance to confront this guy though. Small town America I guess.