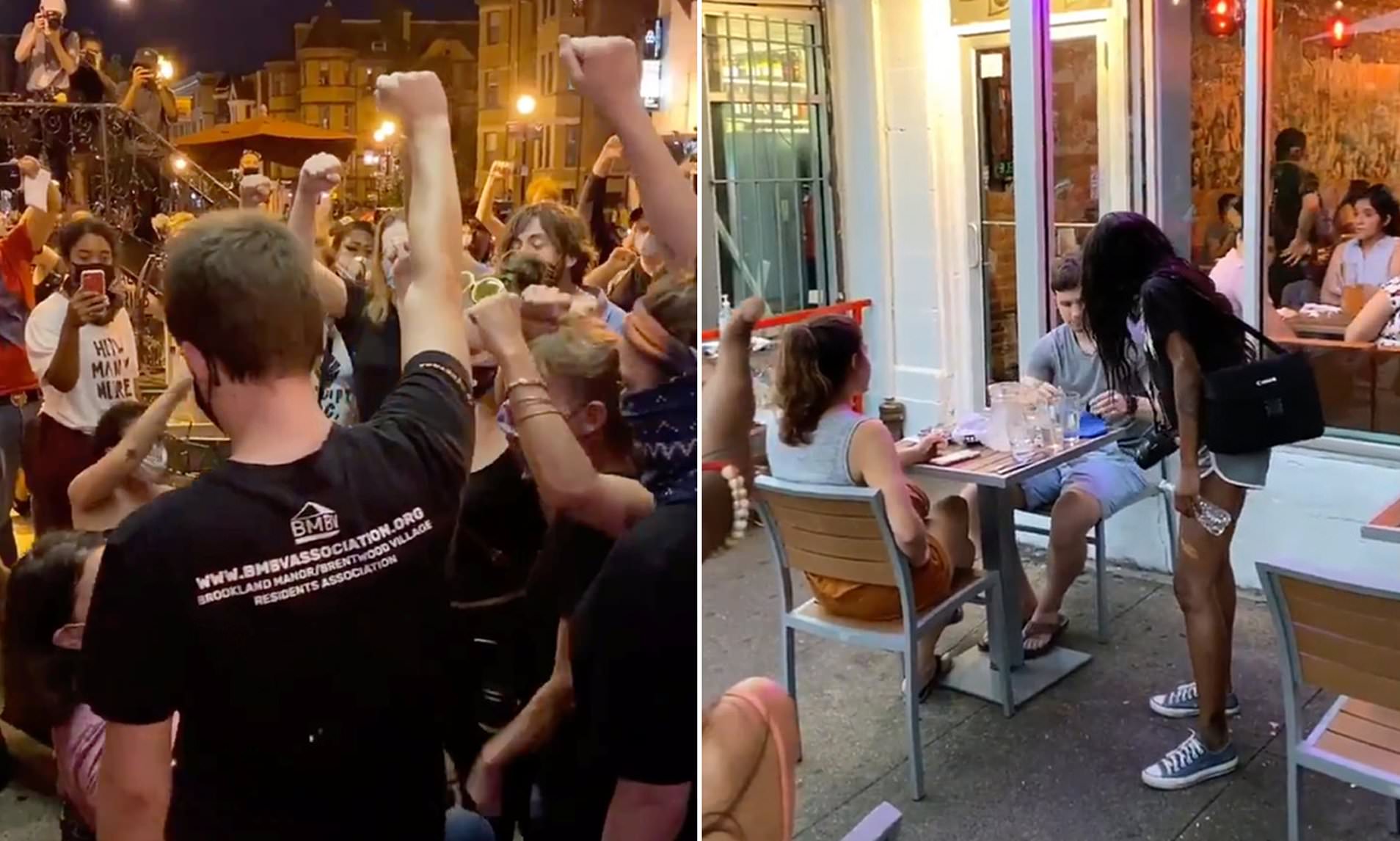 As a philosophy, no one in their right mind could have an issue with the term ‘Black Lives Matter’. It’s absolutely correct.

However the idea that you should raise your fist at command to support the BLM movement isn’t sitting right with a lot of people, and so when BLM protesters marched down Washington, DC and demanded diners, in the middle of their meals, put their fists up into the air, some of them refused to comply.

This resulted in the BLM protesters crowding them, getting in their faces and accusing them of being complicit in white supremacy. Here are a few examples:

Interestingly, the woman in the last video, Lauren B Victor, has been marching with BLM for weeks. She just found the demand for compliance from a group of mostly white teenagers asking her to raise her fist bizarre.

Lauren told the Washington Post that she felt there was ‘something wrong’ about being coerced to show support:

I felt under attack. In the moment, it didn’t feel right. I wasn’t actually frightened. I didn’t think they’d do anything to me. I’m very much with them. I’ve been marching with them for weeks and weeks and weeks.

Indeed there is something really cringey and also a bit terrifying about seeing these people assume moral superiority to coerce random people into doing what they want. Can you imagine if it were a group of right wingers using mob intimidation tactics in this way? It would cause a national panic.

I wonder how many of the other diners raised their fists purely because they were pooping their pants at what might happen if they didn’t? Fair play to those who didn’t for standing their ground. It’s a shame that the BLM movement seems to have been infiltrated by these twerps who seem to get off on conflict and are actively going around seeking out people who don’t feel exactly the same way as them politically. The real bummer is that this sort of behaviour could easily backfire on them in the polls come November. And then they’ll just carry on rioting and raising hell like they have no idea how counter-productive they are to their own cause. Pretty tragic if you think about it.

To watch the Los Angeles Crips stop ‘protesters’ from looting and kick them out of Long Beach, click HERE. Legends.