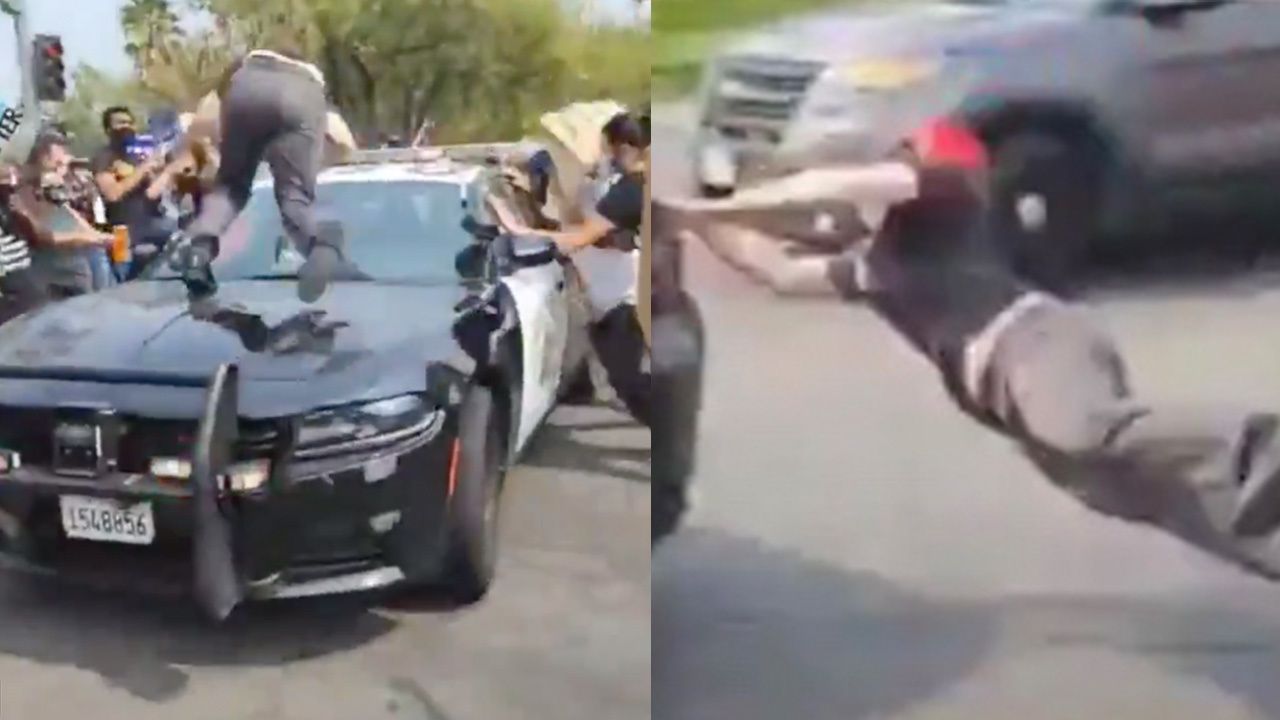 Who is at fault here?

A Black Lives Matter activist who jumped onto a police car in Sacramento, California, and ended up spinning into the air and falling flat on his face is now claiming he was “run over” by the police.

I’m not sure how well that would hold up in court considering the footage taken at the scene:

Hmmm. Should the cop behind the wheel have accelerated like that? Probably not but at the end of the day protesters should not be climbing on cars. The wildest part is how shocked & appalled all the other activists are at that result. I mean what else did they expect to happen? Besides if the police are as terrifying as these activist types say they are then why would you climb onto their cruisers and attempt to block their path and not think you’re going to get sent spinning into the air?

Have to say I lol’d at the second police car doing victory doughnuts afterwards as the activists went into meltdown. Just flexing right in their faces as they throw their toys out the pram. Sadly I don’t think these anarchist types will be satisfied until there’s an actual, all out civil war. It would be a bad idea, but it seems that’s what they crave.

Speaking of bad ideas, here’s a video of a man walking into a BLM protest holding a ‘F-ck BLM’ sign. Whoops.