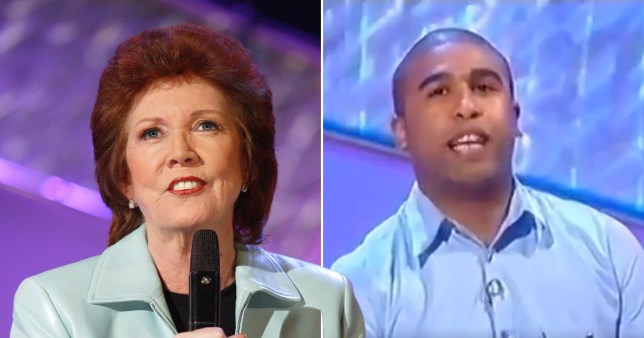 Way before there was Love Island and The Bachelor, there was the pinnacle of the 90s dating show scene – Blind Date, presented by the incomparable Cilla Black.

Had Blind Date been on TV in 2020, it would have no doubt been bombarded with complaints and taken off air quicker than you could say “our Graham”, and you’re about to see why.

This clip from 2002 is currently going viral as it apparently highlights the ‘problematic’ nature of the show that I guess people were not woke to 20 years ago. It features three guys named Tim, Chris and Leon, and hilariously, they’ve all got something at least somewhat offensive to say.

2002 was a different dimension. pic.twitter.com/G3c7tdZtvG

To be fair, it’s not like the girls were much better:

What about Claire? She’s from GLOUCESTER! pic.twitter.com/rneXFQBkxH

Well what can you say really? It was a different time. In fact was surprised to see this clip was from 2002 as I thought Blind Date had ended by then but apparently this was the last season. Which makes all the sense in the world now watching those clips.

Sticking with that episode, things actually got much, much worse. This guy on Twitter did some digging:

She ended up choosing number one, only to discard him when face to face (a new imitative the show took on to combat a flagging viewership) and choose number 3. But then turned out to be ENGAGED and in a later show number one and her ended up choosing each other again.

Brutal stuff. Though if you think about it, is it any less trashy or cringey than Love Island or any of the other current dating shows? At least these people could crack a joke without worrying about being shamed all over the internet, even if what they were saying was facepalm-worthy. Love the round of applause for “chubby chaser” though. Too funny.

P.S. Remember it could be worse – over in Turkey one dating show contestant confessed to murdering his first wife and ex-lover. Oh dear.