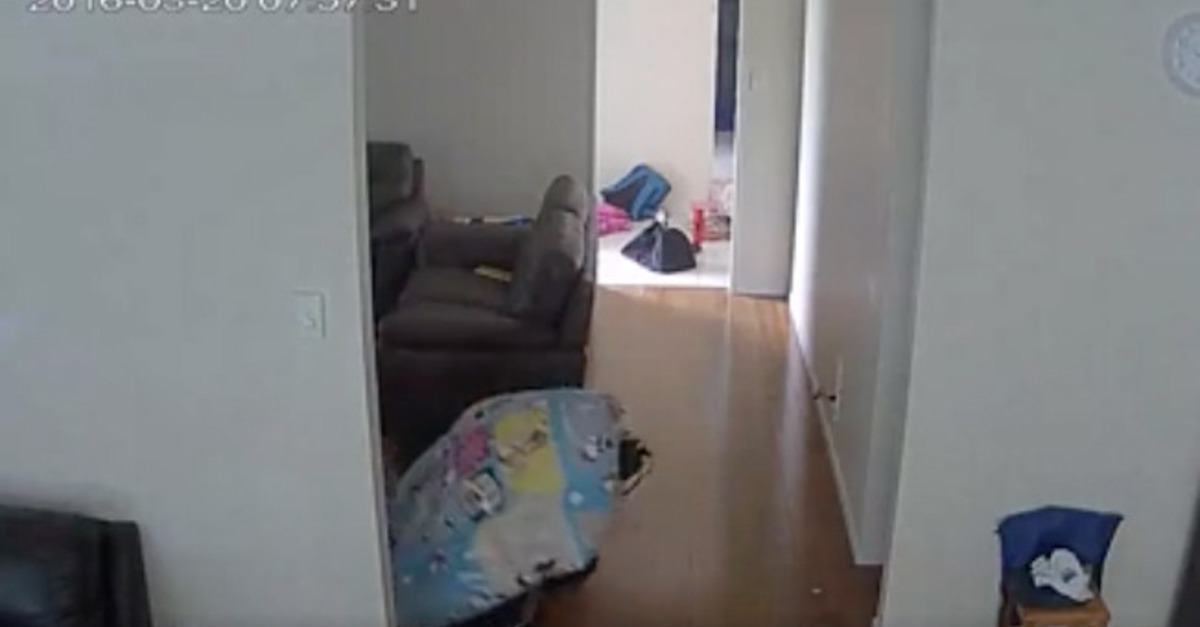 Pure nightmare fuel for all the kids (and adults) out there — this home invader caught on home CCTV using a kid’s blanket as cover to steal stuff around the house.

The burglar in Dannemore, New Zealand took a number of valuables, including cash and jewellery before making his escape.

Yesterday we made fun of the guy who’s facing life in prison for stealing £22 worth of sweets from the pound shop, but as pathetic as that sounds, it’s nowhere near as this pathetic as this burglar. I mean imagine crawling around someone’s home under a kid’s blanket while looking for things to steal? It’s rock bottom behaviour. The lowest of the low.

So it’s people like him who should make other ordinary burglars feel better about themselves. No matter what type of scumbag you are, at least you’re not the guy sneaking around people’s houses under a child’s blanket.

The most shocking part of the story is that they haven’t caught this guy yet. Which means the hide-under-a-blanket technique actually worked? Good burglaring I suppose?