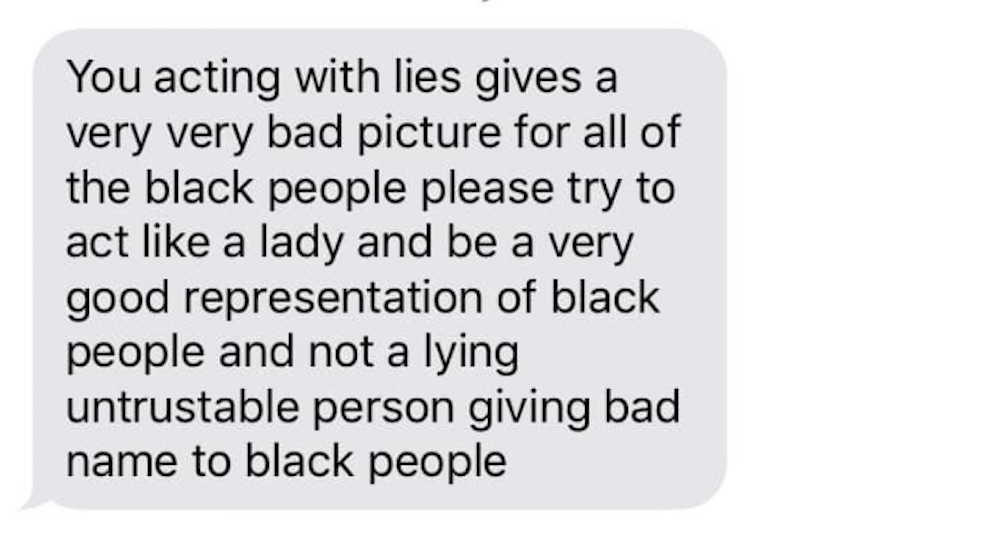 This really isn’t on.

I can appreciate that if you’re trying to run a business or do your job and someone isn’t replying to you for whatever reason then it can be annoying and frustrating, but I don’t think this is any excuse to unleash a tirade of racist abuse upon them.

Sadly though, this is how some people choose to react as can be seen in the screenshots of texts below. Really is outrageous how quickly this escalates for no apparent reason:

Can you believe @bookingcom are refusing to remove this property off there website?!!! pic.twitter.com/roO5NQAAjH

Wow. I know these texts etc could be doctored to leave out the woman’s replies – it does seem a bit strange how it escalates about laying when neither of them have really said anything – but even if this is the case, it’s still no no need for her to talk to her like that, and then continuing to harass her via email after she’s probably blocked to number is a new level of unacceptable. Kinda unbelievable she hasn’t been fired and booking.com are still cool with the placement on their site, but maybe since this tweet started going viral they’ll do something about it. Here’s hoping.

For more of the same, check out this other woman on Twitter asking how it’s possible for black people to fall in love with white women. Really?