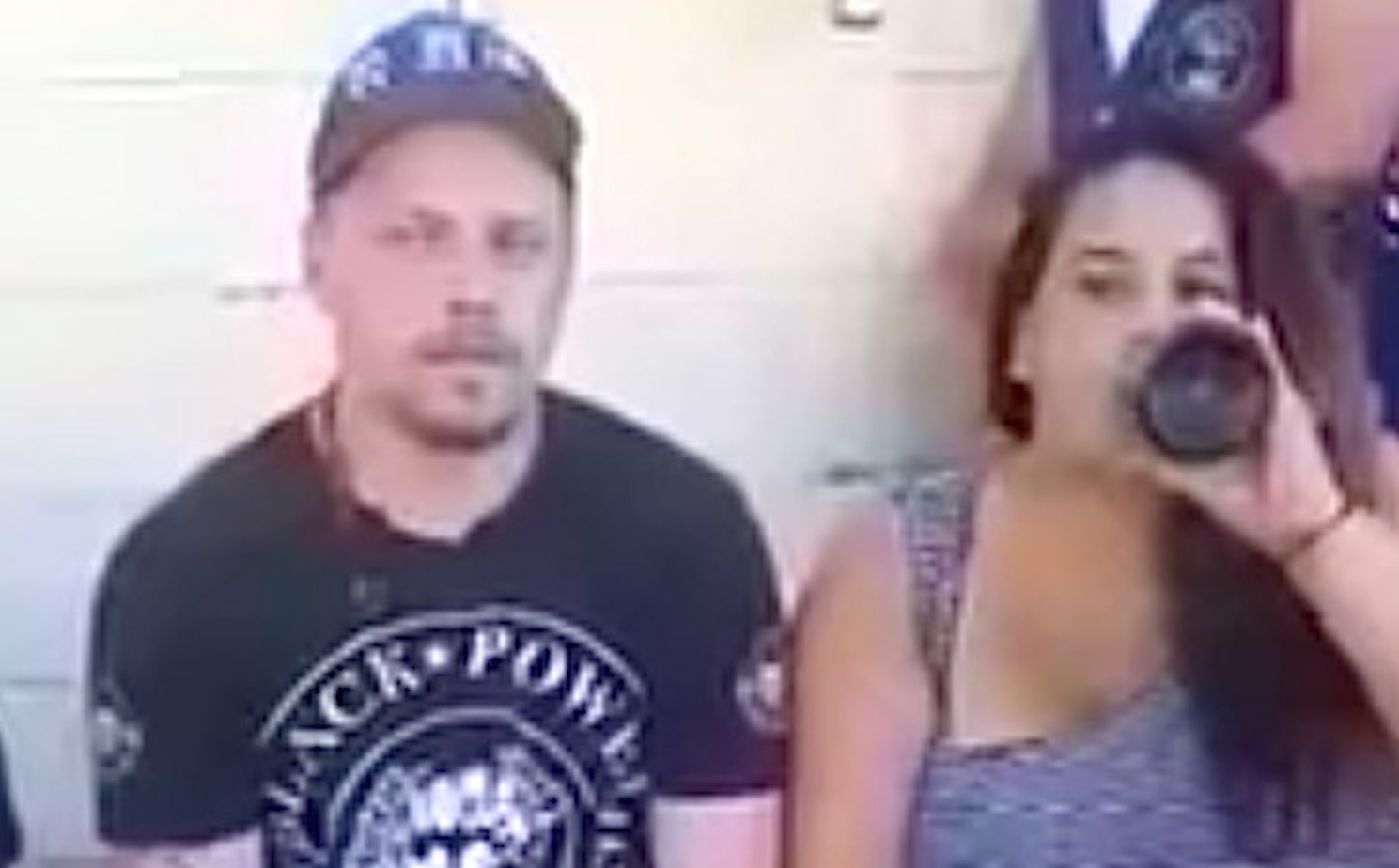 And they say romance is dead.

Marriage is a sacred event in someone’s life that many cultures choose to interpret differently in their own special ways. Some of these traditions might seem absolutely ridiculous to people looking in from the outside, but it’s important that you respect them no matter what you think.

Having said all that, I think that some people might find this wedding between two members of the Black Power gang over in New Zealand a bit bizarre to say the least. The bride and groom are just sitting down casually in their back yard whilst they say their vows – with the woman supping on a tall boy and not even wanting to hold hands with her fella during the ceremony:

Weird, but I suppose like I said you have to respect the way people want to do things. You’ve also got to admit that it would be a darn sight cheaper than your conventional wedding. Very modern. It’s kind of lame that they still have to go to the courthouse to make it official though.

For more weddings, check out these Russians photoshopping their weddings to make them look better. Spoiler alert: they look stupid.