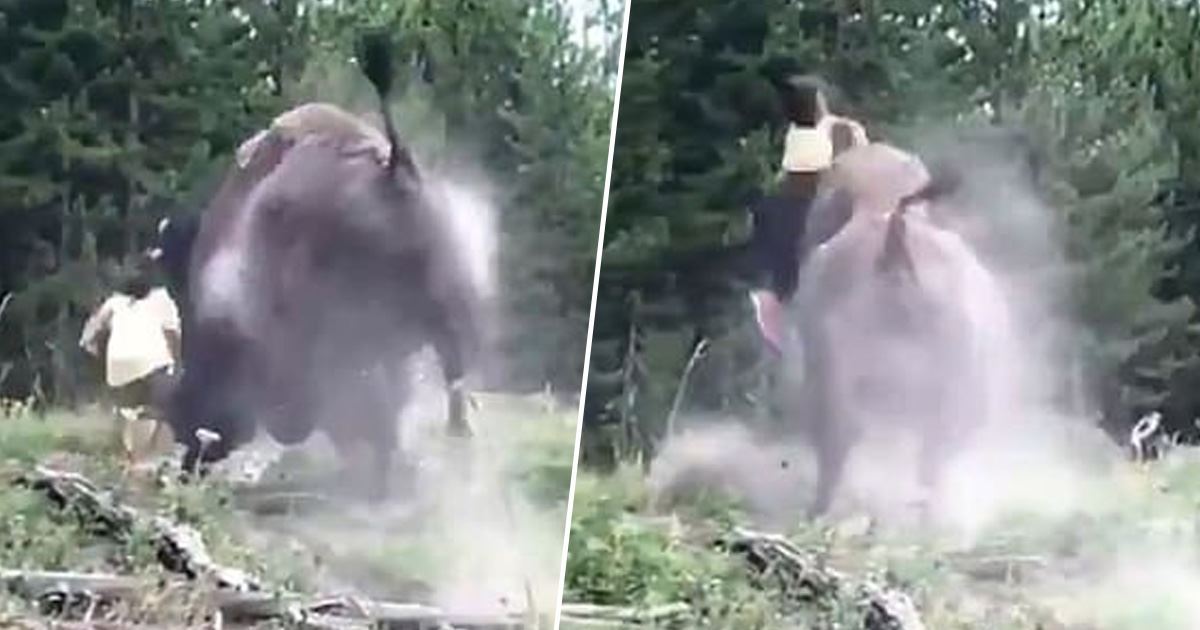 A 9-year-old Florida girl who was for some reason standing within a few feet of an angry one-ton bison with her parents was sent flying into the air after the bison charged her at Yellowstone National Park this week.

You’ll be glad to know the parents got away unscathed though. Phew!

The good news is, as per NBC, the little girl was “assessed and treated by a park emergency medical providers, and later taken to and released from the Old Faithful Clinic” so it sounds like she’ll be OK. The bad news is she’ll never forget the day a humongous bison tossed her a hundred feet into the air while her parents scarpered to safety.

If I was this little girl, I’d be asking for my parents to put me up for adoption ASAP. Or at least get a guarantee that her first car/uni fees/everything she ever wants in life will be paid for, no questions asked. I get that having a huge monster of an animal charging at you is terrifying but come on, you have to put yourself between the animal and your small child, right? Or better yet, don’t bring the whole family within a few feet of a damn bison with no barrier between you. Day one parenting.

For the dad who was arrested last week for throwing his 5-year-old into the ocean as part of a swimming lesson, click HERE.