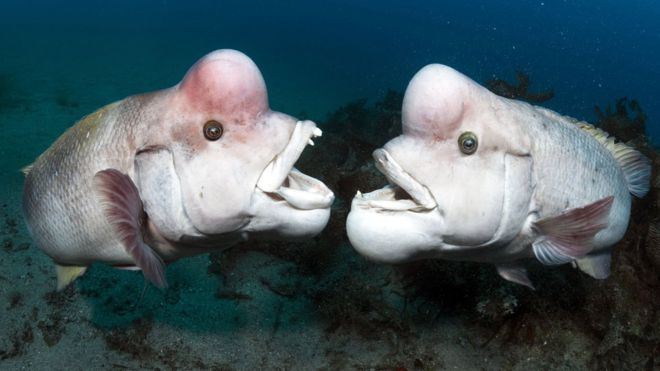 Not long to go.

There was nothing better than watching ‘Planet Earth II’ on a Sunday night nursing your hangover with a Domino’s pizza last autumn, and whilst we unfortunately won’t be able to enjoy ‘Planet Earth III’ this year, ‘Blue Planet II’ is definitely going to be the next best thing.

As if we weren’t already pumped about the series starting this Sunday at 8pm on BBC 1, the Beeb have turned it up another notch by releasing this short promo video of what we can expect from the show. It features a duel between a bird and a giant fish called a trevally.

Hold onto your hats for this one because I bet it isn’t going to go the way you think it is:

Epic – those fish look like mean mofos. Wouldn’t wanna come up against one of them, no way.  If you need anymore convincing then here’s the official blurb:

You’ll be taken on a journey from the intense heat of the tropics to our planet’s frozen poles to reveal new worlds and extraordinary never-before-seen animal behaviours.

Starting in the tropical coral reefs – the most diverse ocean habitat – a baby dolphin is taught the secrets of a coral reef, as its family rubs against a particular gorgonian which may have medicinal properties.

On another reef, a tusk fish demonstrates a surprising level of ingenuity – tool use – as it uses corals as an anvil to break open clams.

In the Seychelles, half a million terns nest on an island. Fledglings must eventually take to the wing, but danger lurks beneath the waves – metre-long giant trevally fish leap clear out of the water to snatch the birds.

Yep, I know where I’ll be this Sunday. Already ordered the Domino’s, just need the hangover now.

For more of the same, check out another trailer right here. Tasty.