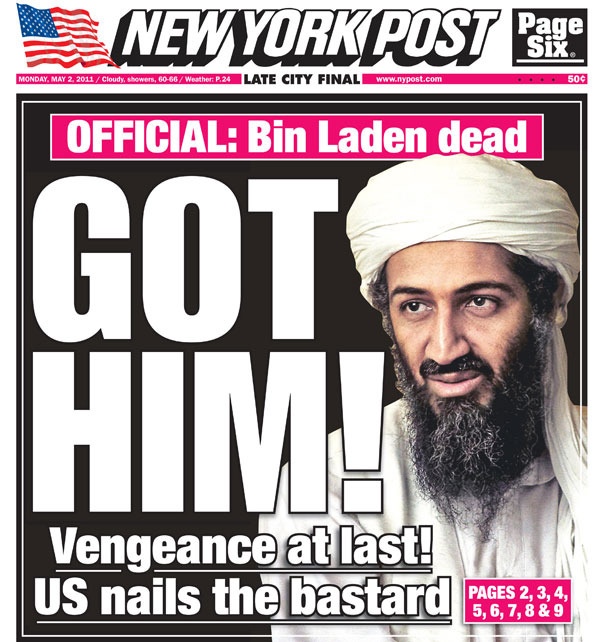 Only 72 hours after the announcement of his death, there are at least 72 conspiracy theories surrounding it. Some are predictably dumber than others.

So, unless you’ve been living under a rock (or maybe in a cave in Afghanistan ha ha ha) everyone knows that Osama bin Laden was allegedly killed on bank holiday Monday and his body was then conveniently dumped in the sea before anyone saw it, but not before the US government apparently confirmed it was him through testing his DNA against some from his sister or something. Although this photograph circled the net, it was pretty much identified as a fake almost instantly and there are about a zillion conspiracy theories flying around regarding the operation that went down on Sunday night in Pakistan. 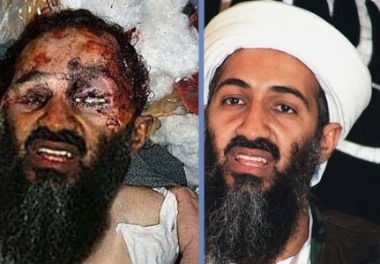 I wanted to try and rise above the general crap that was going on in every day life for sick chirpse following my brief obsession with all things Charlie Sheen, but I figured as we were probably the only blog on the internet actually covering the hunt for bin Laden before Sunday – thanks to our coverage of our good friend Sarge’s trawl through Afghanistan – I decided it would probably make sense to cover some of the conspiracy theories going round the internet surrounding bin Laden’s apparent demise, from the sublime to the ridiculous:

THERE IS NO BODY – Obviously this is a fairly legitimate concern, as you can’t really confirm a death (despite the US government claiming that they’re 99.9% sure they got the right guy) without seeing a body, right? The fact that the body was dumped in the sea – even before it was announced – only serves to cast suspicion over the alleged death anyway. The justification for dumping it in the sea was that ‘it honoured the traditional Islamic customs’ and no country would take the body and the US was worried that his grave could become a shrine to terrorism. These are slightly legitimate concerns but sound more like blags really given the speed of the body being dumped in the sea. Apparently senior officials are debating whether or not to release photos as they fear this may be distasteful, offend Muslims or be exploited by extremists. Let’s face it though, it probably wouldn’t be as distasteful as 9/11 and the only Muslims that would probably be offended by it are extremists anyway, and the extremists are going to exploit bin Laden’s death with or without photos. So fvcking release the photos already idiots, before it’s too late and the conspiracy nuts say they weren’t released for so long because the government was manufacturing them. Still, there is a massive question over the body and proof of bin Laden’s death – Saddam Hussein and his son’s dead bodies were paraded hugely in the media to prove that they had been captured/killed so why not the same for Osama, who is arguably a bigger villain in the fight on terror/human rights violations/the Middle East/whatever the problem is this week?