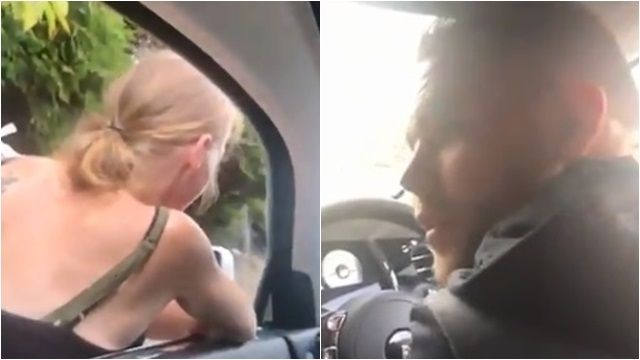 You often hear stories about people with loads of money and fame becoming incredibly disenfranchised and bored in their personal lives and doing really weird things in their free times, but there really is no excuse for the actions of the WBO middleweight champion Billie Joe Saunders in the video below.

Gross. Can’t imagine myself ever being in such a position of power to abuse hopeless drug addicts who will literally do anything to obtain there next fix. Really selfish and downright mean, awful behaviour.

Of course, since the video emerged, Saunders has tried to apologise with the following tweet and blaming it on ‘banter’,  but I don’t really think anyone is going to buy that. Everyone is going to see what a crappy human being he is and hopefully he’ll face some kind of repercussions from this but the way these things go I doubt anything is going to happen at all.

Having said that, Nottinghamshire Police did release a statement saying they were going to be investigating the incident:

Officers will be looking to identify and speak to all of those who feature in this sickening video, and a full investigation will be carried out into the number of offences that have been captured on film, including the offer to supply Class A drugs, aiding and abetting an assault, assault and public order offences.

Incidents of this nature will not be tolerated in Nottinghamshire, and we would urge anyone who witnessed this incident, or who has any further information about those responsible to come forward.

Yeah well I guess we’ll see what happens on this but my prediction is that we probably won’t hear about this ever again. Surprise me though sure.

For more of the same, check out this ex drug addict describing the disgusting high you get from smoking Spice. Rank.