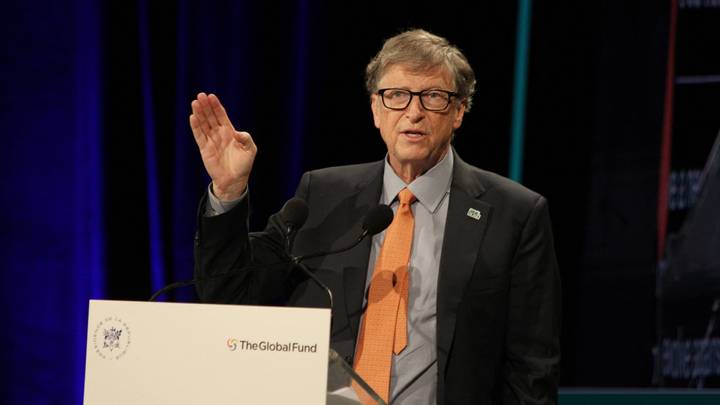 Do you believe him?

There’s a lot of crazy talk going around about Coronavirus and how it was created/spread with everyone from Bill Gates to 5G technology coming under fire from all the conspiracy theorists.

Most people targeted by these misinformation campaigns don’t normally give them the satisfaction of even speaking about them, but Bill Gates today has taken the unusual step of addressing the situation. He had been accused of wanting to create a vaccine for the disease so that he could implant tracking devices on people.

Here’s what he had to say about that idea:

O’Donnell: The posts on social media about you and coronavirus are considered the most widespread coronavirus falsehoods that exist …. To be clear, do you want a vaccine so that you can implant microchips into people?

Gates: “No… I don’t know where that came from.” pic.twitter.com/KutbZ53Yrr

Our foundation has given more money to buy vaccines to save lives than any group, so you just turn that around, you say we’re making money and we’re trying to kill people with vaccines, by inventing something.

And at least it’s true, we’re associated with vaccines but you have sort of flipped the connection that we have there.

I hope it doesn’t create vaccine hesitancy. I hope this whole story of innovation that’s going on, that we do get the benefit of that.

We need to get the truth out there. I hope it’ll die down as people get the facts. The numbers kind of blow my mind, and it’s not just the fringe people [spreading conspiracy theories] that you would normally think of.

It’s a bad combination, a pandemic and social media, and people are looking for a very simple explanation – who’s the bad guy here?

There’s no connection between any of these vaccines and any tracking type thing at all. I don’t know where that came from.

None of the vaccines at this point appear like they’ll work with a single dose. That was the hope at the very beginning.

If what you’re trying to do is block all the transmission, then you need to get 70-80 percent coverage on a global basis. So it’s unbelievably big numbers.

I mean for what it’s worth, I believe him. Maybe I’m being stupid, but why would Bill Gates even want to implant tracking devices on everyone and even if he did, what makes you think that he would want to spend his time tracking you anyway?

High chances are you’re not doing anything worthwhile and probably spend most of your time in your bedroom if you’re zoning into these kind of bonkers conspiracy theories. Bill Gates isn’t interested in your shitty life. Get over it.

For more of the same, check out Bill drinking water that was literally made from shit. That was a weird one.