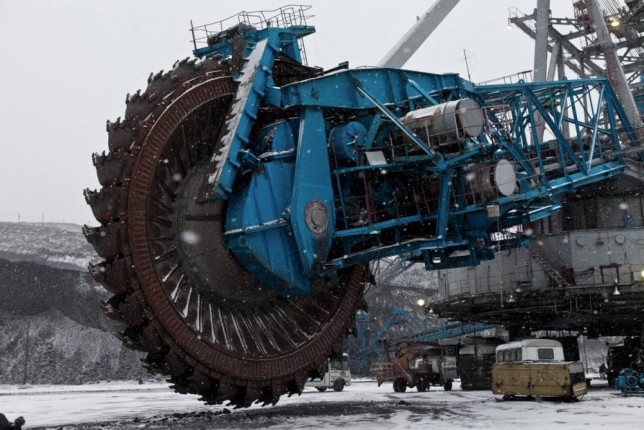 It’s located in the Bogatyr Mine in Kazakhstan and is used to cut through mountains of coal – it can mine 4500 tonnes of coal in one hour, which would take a team of miners weeks to achieve. This comes at a cost though – the 12 metre high saw will set you back a cool £66 million and requires 27 workers to operate it. If you’re however your everyday home owner and would like a standard well priced cordless saw for your home projects then toolsfirst.com has reviews on those.” 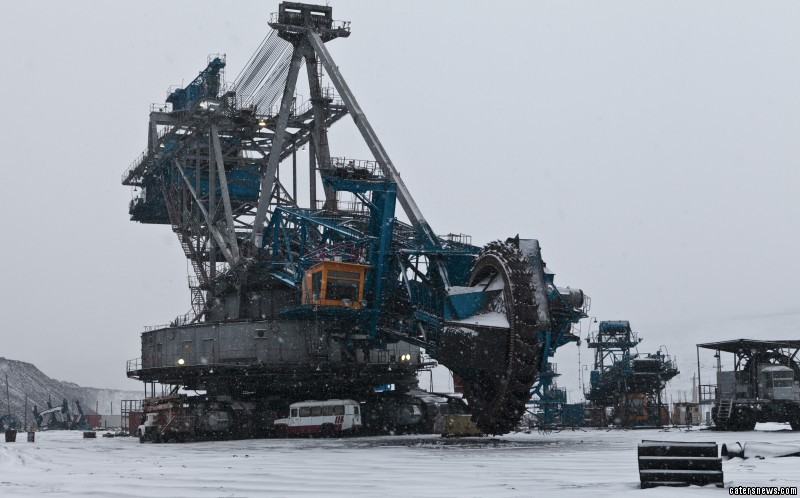 The photographer who took these photographs is a Russian guy called Alexander Popov who is currently working on a book about Russia’s mining history. Sounds riveting. Popov was especially impressed by the saw given his background though;

I have never seen a machine as big as this one although I have seen many powerful machines in the past.

Well you know what they say – if a saw impresses Alexander Popov then it’s probably a mighty impressive saw. Watch it in action below.