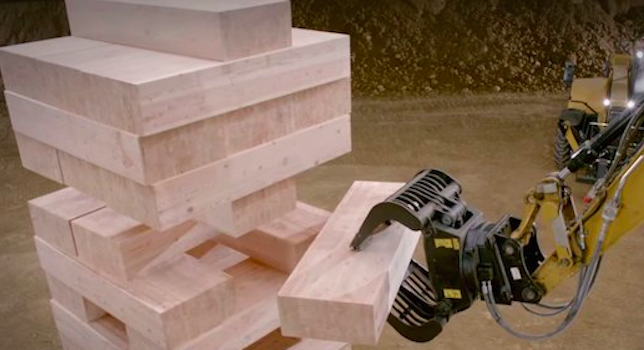 This takes Giant Jenga to the next level.

Well, this is the natural progression of that and it’s pretty much insane. You have to admire the skill with how they operate the excavators, as it can’t be easy to learn how to move Jenga pieces around like that without toppling the tower immediately.

It’s also worth thinking about how the hell they even made a Giant Jenga tower like that in the first place.

â˜› More Jenga: Is This The Best Jenga Move Of All Time?

Having watched the video though isn’t it kind of weird how it’s advertising the diggers but they still let the Jenga tower fall!? Surely they should just make a sick Jenga structure if they want to highlight how sick the diggers themselves are at moving stuff around. Puzzling.