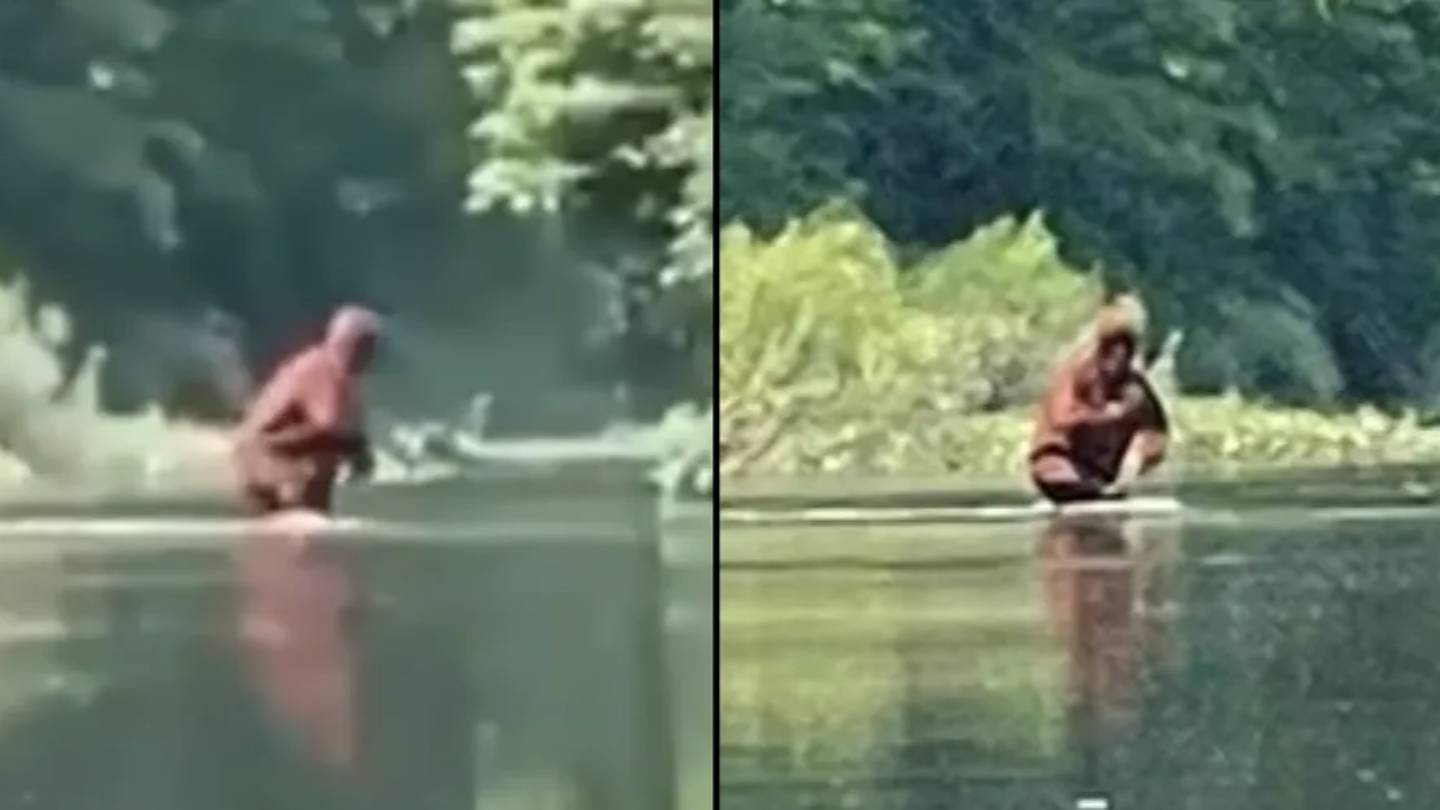 The existence of Bigfoot is one of those mysteries along with the Loch Ness monster that will probably never be proved one way or another because it just can’t for some reason, especially when stupid videos like the one below end up going viral immediately after they’re published on the internet.

I’m not sure who originally put the video up but it shows a hulking brown figure that looks like it’s carrying something wading across the Cass River in Michigan. It could literally be anything – most likely a big guy wearing brown clothes – but Investigator Kyle Shaw of Rocky Mountain Sasquatch Organization (RSMO) has had a look at the footage and said the following about it:

This is obviously shot with a cell phone at 880×656 resolution.

It’s 30 frames per second. It isn’t the greatest footage.

It’s all we have to go with so you be the judge on what you think it is. I don’t know what it is.

A lot of what’s going on in this says to me it’s something moving through the river, pushing a wake, and it appears to be carrying an infant.

The infant’s head is behind the mother or father. It must be lying on the left shoulder and kind of in the back, but you can see the torso, leg, and foot of the baby. Just incredible.

Not sure about how Kyle achieved his ‘expert’ status there because I think probably anyone in the world would be qualified to give a similar analysis – maybe even including the blind community out there.

Anyway, obviously people on YouTube were less impressed, with many saying that it was just a man wearing a mosquito net and waders carrying a deer across the river, pointing out that if it was really Bigfoot then whoever filmed it would have kept going longer and that it’s clearly clipped for the greatest effect. Kinda hard to argue with that really isn’t it? The mystery continues.

For more of the same, check out this other Bigfoot post that showed a load of footprints that apparently proved his existence. Hmmm.