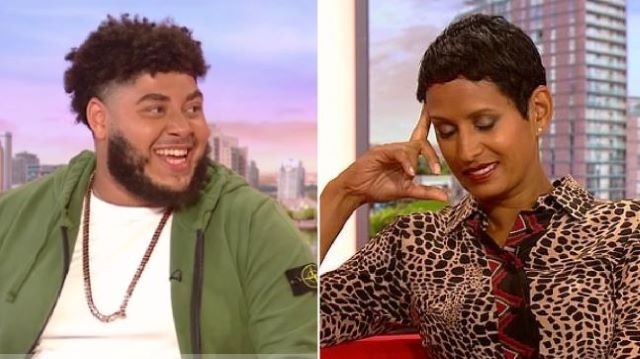 This was so bloody awkward.

Apparently bringing up the fact you’ve previously met one of the hosts in Ibiza is not proper live TV etiquette, and boy was the second-hand embarrassment palpable:

Jeez, how awkward was that? Were Big Zuu and Naga Munchetty on the gear together at this party or something? I really don’t know what she’s so embarrassed about but she probably could have played it off a little bit better. Could have easily said “I do enjoy live music and I also enjoy your cooking show, how did that come about?”. I guess she was so caught by surprise while in BBC Breakfast persona mode that she didn’t know how to respond. Even still, her reaction made it seem a bigger deal than what it actually was. No doubt there was a swift apology from Big Zuu when the cameras stopped rolling!

nah big zuu is a big weirdo why are you doing that on live tv, she was so uncomfortable