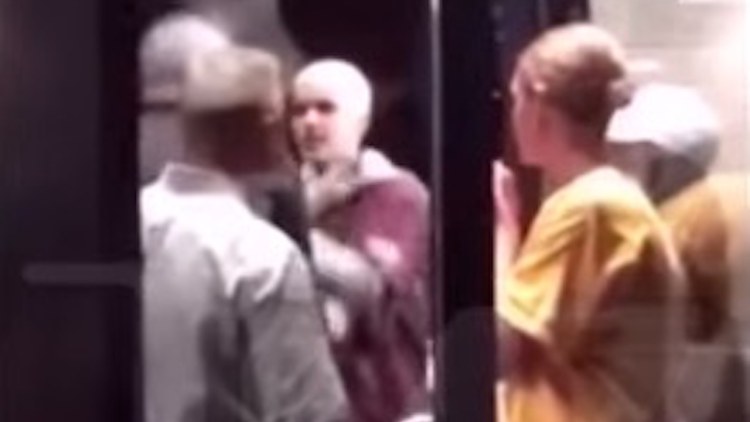 Justin Bieber was properly fired up for some reason while in Cleveland the other day catching the NBA Finals game.

So fired up in fact he tried picking a fight with a guy much bigger than him outside his hotel.

Here’s how that turned out for him:

The bad boy of rock ‘n’ roll is back! Bieber fucked that guy up big time. Oh wait, no he didn’t – he threw the first punch and then got manhandled to the floor and probably would have died if all those people didn’t jump in and break it up. Or did he go down on purpose to try and lure the guy into his guard where he would no doubt have choked him out?

He’ll have to pick up some more pointers from his mate Nate Diaz.