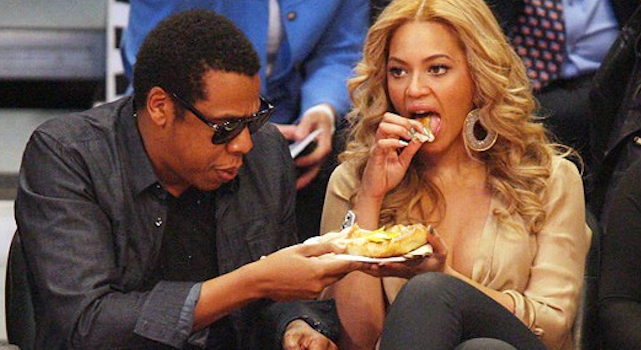 We all love indulging in a Nando’s from time to time, I mean, who doesn’t? But the amount of cash Beyonce dropped in an Essex Nando’s last Saturday is utter madness.

I must admit, I’m partial to the odd Nando’s from time to time: half a chicken (hot), spicy rice, chips and some grilled halloumi, all washed down with an ice-cold Brazilian Brahma beer. 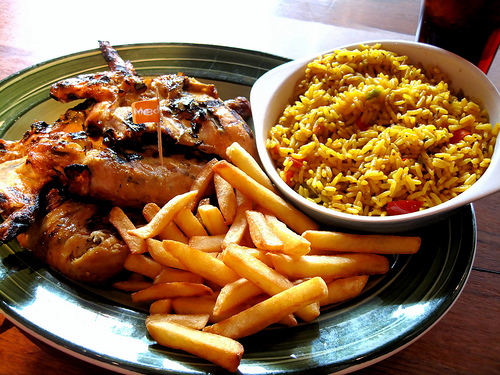 The above might tempt most of you, but not Beyonce Knowles… She racked up a hefty bill in a Chelmsford branch of Nando’s last Saturday following her V Festival performance that would make even the biggest fried chicken fiend shudder. Her ludicrous order consisted of:

This sobering order came to a grand total of £1,444.10, which is of course a mere tuppence to Beyonce. But I’m guessing that – as an upstanding American — Mrs. Carter also tipped the expected 20% (even though you don’t necessarily have to tip at Nando’s). This means the tip would have been £288.82, so that leaves a final total of £1,732.92 to pay… Would you pay that much cash to the tasty, but stunningly average restaurant chain that is, Nando’s?

Check the bill for yourself. Pretty sweet how she payed in cash too huh? 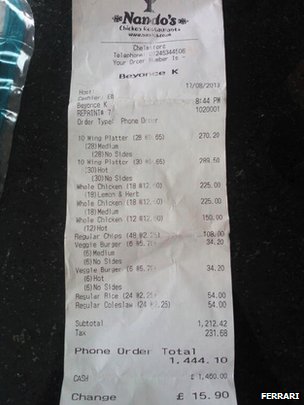