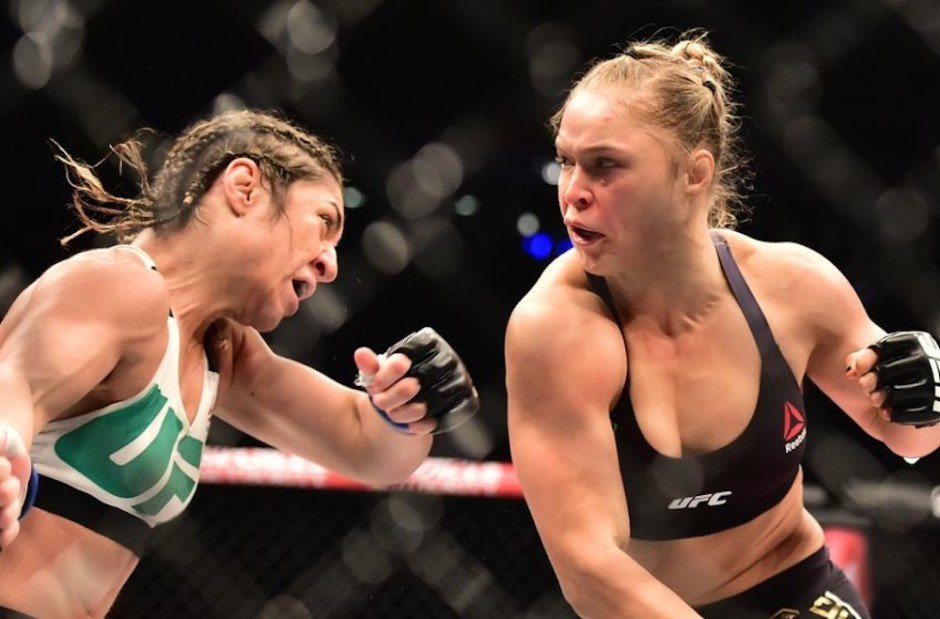 Maybe it will last more than 34 seconds this time?

You might remember that a couple of weeks ago Ronda Rousey tore the absolute crap out of Bethe Correia in a highly hyped UFC match that ended up lasting 34 seconds because Ronda is so tough and Bethe Correia isn’t really.

Along with the rest of the world, you probably expected Bethe Correia to pretty much disappear for the time being and try and regain her credibility with a few lower card fights rather than big time headline events because she had a shot and absolutely blew it, but it turns out that’s the furthest thing from her mind and she’s already angling for a rematch with Ronda, as seen by this bizarre message she posted on her Instagram.

Now, I can understand that Bethe probably used a Babelfish equivalent to translate that into English, which is probably why it sounds completely and utterly bizarre and doesn’t really make any sense, but you would think when announcing something like this that perhaps she should have got a professional translator – or just anyone that can speak English – to do it for her because it was actually quite a big deal and she probably wanted to make sure that whatever she was saying was actually what she wanted to say? I mean that would make a lot of sense right, but instead she just used some crappy translator and now nobody in the English speaking world really has a clue what she’s on about and she’s lost what little credibility she had left. Smooth.

I mean what the hell does that any of that even mean? I can kind of understand it but it just sounds like broken English and isn’t the kind of thing a professional should be saying. In any case, Ronda kicked the absolute crap out of her last time so maybe she should go into this fight (if it even happens) with the intention to kill her/snap her neck because that’s the only way she might have a chance.

All in all though, this is a badly thought out play from Bethe and it would probably have made more sense for her to beat a couple of people again and regain her credibility if she wanted another fight against Ronda, rather than just posting up this complete load of tripe. Or at least get someone to proofread it first. Just saying.

It’s almost as bad as this guy’s attempt at winning Wheel Of Fortune when he had the whole phrase spelled out for him to be honest.