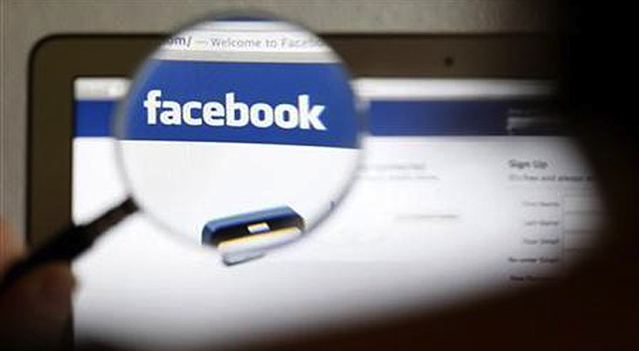 Some idiot got the Illuminati confused with a dance night called Illuminate and got completely and utterly told.

Trolls don’t have a lot to do except trawl Facebook looking for people to moan and bitch at, so it makes sense that they might get confused every now and again with just who exactly they’re bitching at. Or maybe they’re just stupid and don’t know what they’re doing.

Either way, it makes for some genuine lolz for everyone else when trolls end up looking stupid because they’ve completely trolled the wrong person, which is exactly what happened to some loser who got the shadowy secret society known as the Illuminati confused with a nightclub in Atlanta called Illuminate. Just why he thought that a secret society would have an open Facebook page where he can abuse them is only the first of my questions regarding this rather retarded exchange. My favourite part is obviously how quick he is to apologise about his mistake – surely a real troll would just have ignored it or even deleted the comment to keep from looking stupid? 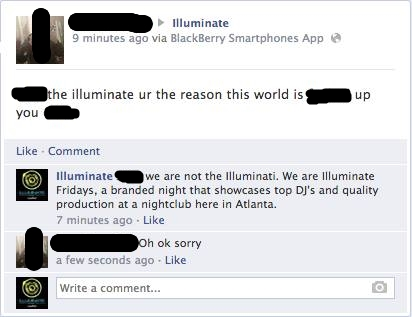