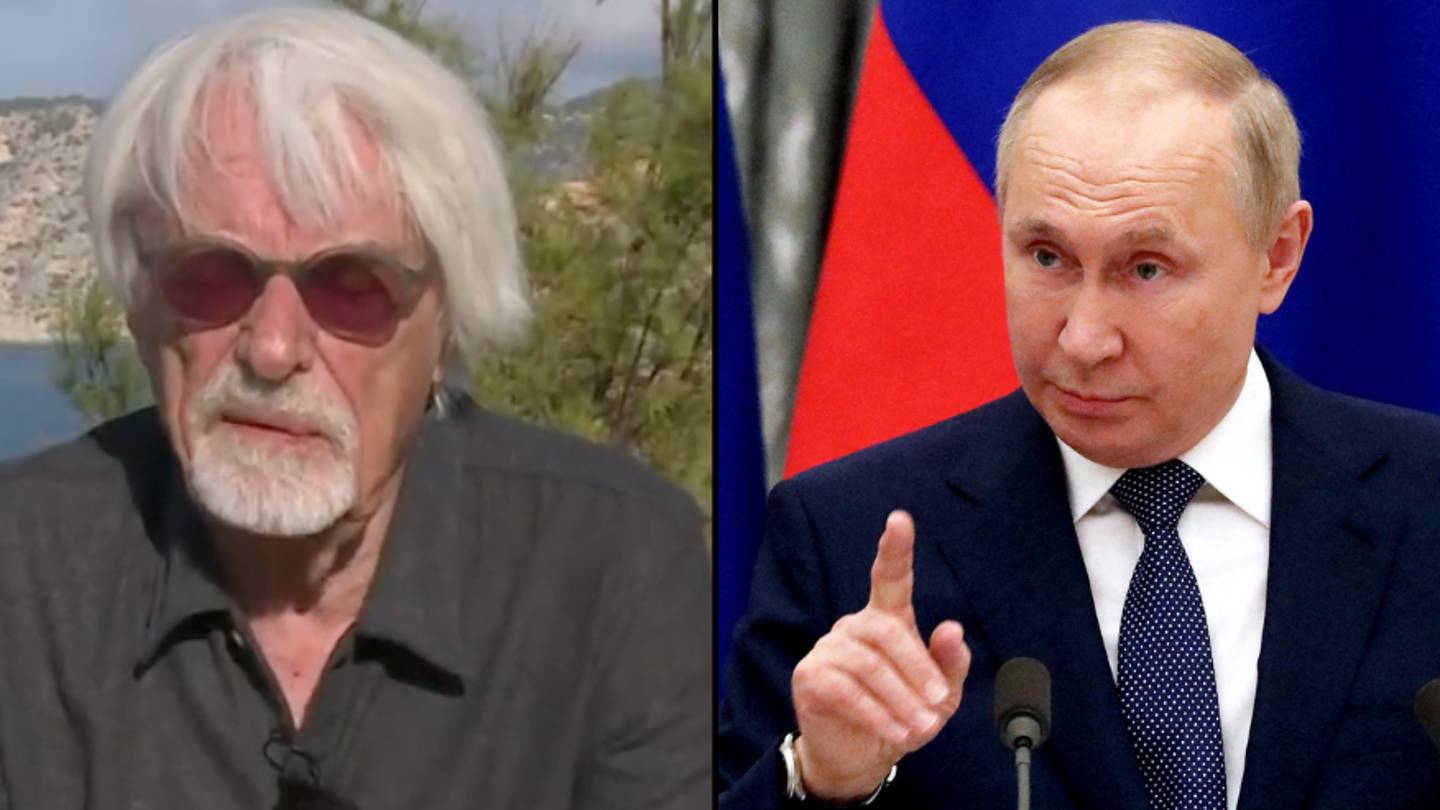 The war in Ukraine isn’t getting the headlines that it once was when it first kicked off back in February, but that doesn’t mean that people like F1 supremo Bernie Ecclestone can’t get in on the act by expressing their opinions on it and participating in really outrageous interviews.

Former Formula One Group executive Ecclestone was speaking to Good Morning Britain today when he decided to reveal that he would gladly take a bullet for Vladimir Putin and that the Russian invasion of Ukraine wasn’t intended to be a war. He also talked about the unfairness of excluding Russian athletes from international competitions and how Ukraine could have easily avoided the war.

Check out the car crash interview (pun intended) below:

The former Formula One CEO says ‘if Ukraine had wanted to get out of [the war] properly, they could have done.’ pic.twitter.com/mWZTrbg5pT

What he’s doing is something he believed is the right thing he was doing for Russia.

Unfortunately, he’s like a lot of business people, like me, we make mistakes from time to time.

I don’t think the situation in Ukraine was intended to be a war.

If Ukraine wanted to get out, then it probably could have done.

I imagine Putin now wishes that he hadn’t started this whole business.

I think if Zelenskyy had thought about things, he would have made a big enough effort to speak to Mr Putin, who is a sensible person and would have listened to him and probably would have done something about it.

Look at the number of times America has moved into different countries that has nothing to do with America… they like wars because they sell a lot of armour so it’s good for them.

Wow. That kinda goes all over the place there doesn’t it? I feel like Zelenskyy probably did try and speak to Putin and that it seemed very clear that if Putin aggressively entered Ukraine then he was going to start a war but he still went through with it and now they’re stuck in a stalemate four months later? Surely it was obvious that this was going to happen?

I suppose he does bring up a hypothetical question for most of us though. If someone you thought was a really good guy ended up invading another country and being directly responsible for a load of deaths, would you still reckon he was a good guy? Have a think about it and get back to me.

Anyway, Ecclestone’s comments seem really misguided and deluded and I’m not even really sure why he chose to appear on live TV to deliver them. Tone deaf and not really helping the situation, although I’m sure some conspiracy theorists will praise his honesty for telling us ‘what’s really going on’. Idiots.

For more of the same, check out when Ecclestone bribed prosecutors £60 million to call off a bribery trial. What a guy.