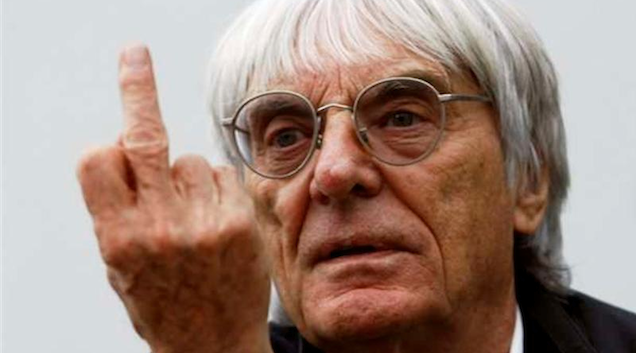 Check out how stupid this headline is: 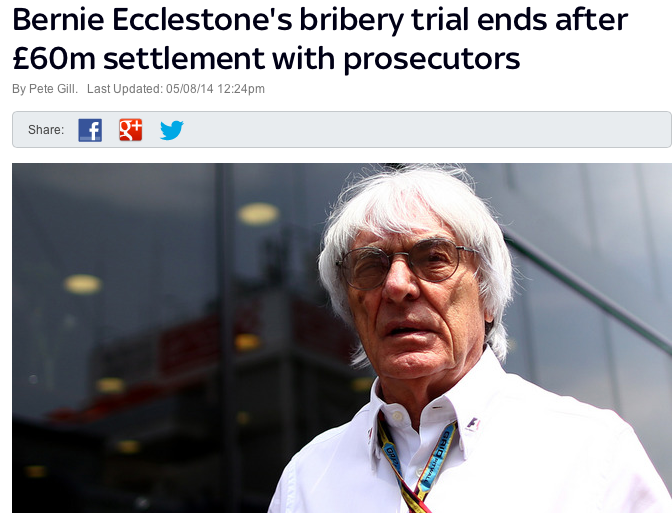 So basically if you’re in any doubt over what that headline means, it means that F1 boss Bernie Ecclestone – who has been on trial in Munich since April this year over charges of an alleged bribe to a former banker – has offered £60m to end his trial. The offer was accepted and Eccleston has walked free. Had he been found guilty the 83 year old British billionaire could have faced up to 10 years in jail. An Fl reporter named Craig Slater offered the following analysis of the situation:

The case had been going well for him (Ecclestone) and it’s important to emphasise that this would not be happening unless the judge thought that the case was pretty weak against Bernie Ecclestone. His age also played a part in this decision. Had there been any great gravity of guilt then this potential outcome would not be possible.

So there you go, even though it looked like Ecclestone was going to be found not guilty, he still went into his fortune and paid the German court £60 million to end the case early. Even though he’s a billionaire and £60 million is probably the equivalent of a fiver to him, that still seems like a quite a hefty payday for someone who apparently isn’t guilty.

It also seems almost identical to a bribe – although quite clearly isn’t because a bribe is illegal whereas a £60 million settlement paid to German prosecutors is legal, probably because it benefits the state – which is the offence that he was on trial for in the first place. I’m not saying Eccleston is guilty – there’s certainly barely any evidence to support that, as Slater’s statement clearly proves – but I’m just pointing out how ironic the whole situation is. Not quite as ironic as these ironic celebrity deaths, but definitely up there I’m sure you’ll agree.