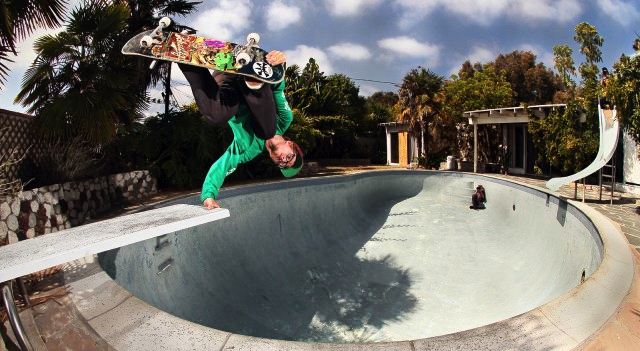 Ben Raybourn might not skate street but he has style as smooth as a video character and that’s what makes this skate video one of the best ever.

Watching Ben Raybourn skate is like watching a video game skateboarder because he’s got one of the cleanest and slickest techniques in the game.

He’s just joined Nike and to celebrate he’s released this highlights video of him skating some of the gnarliest pits, pools, ramps and skate parks ever and busting out a whole bunch of sweet tricks that have never really been seen before without even breaking a sweat. Sure he skates vert and there aren’t any flip tricks in this run, but man can he do shred on his board.

Seriously. Watch out for this guy – he’s English too which makes him even better.

â˜› More Skating: Gou Miyagi – Nobody Skates Like This Guy