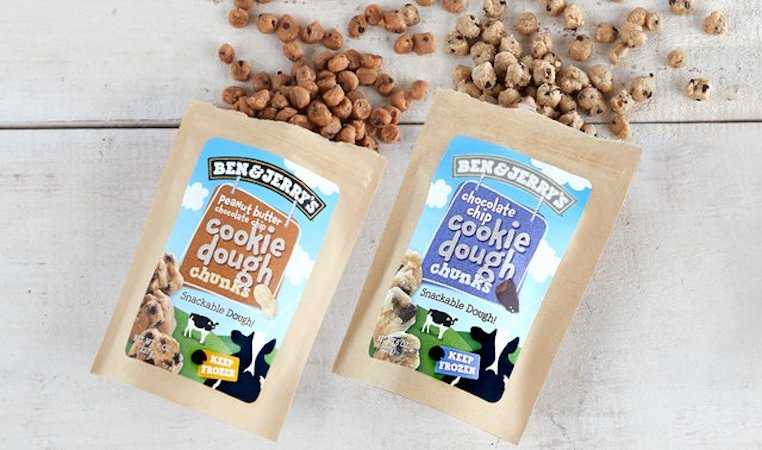 There are a lot of great Ben & Jerry’s ice cream flavours out there but for me personally you can’t really beat Chocolate Chip Cookie Dough – I just love the flavour and the cookie dough chunks that you find with every second or third spoonful. Mmmmmmm.

So it’s kinda crazy that I never considered maybe Ben & Jerry’s might just sell the cookie dough chunks separately on there own – I suppose that’s why I don’t work in R & D for an ice cream company though. One clever employee had this idea and now the ice cream giants are rolling out bags of cookie dough chunks and peanut butter chunks. I’m not such a fan of the latter which is why I’m not banging on about them so much.

Anyway, of course though, there’s a catch. There’s always a catch:

I mean I suppose some people live in Vermont but I doubt it’s where the highest concentration of people are going to be able to enjoy these little balls of cookie dough goodness. But like they say in the advert – this is a big responsibility Vermonsters. Please don’t let us down.

If you happen to live in Vermont be travelling through – I know, very unlikely – then you can pick these bags of deliciousness up over at Ben & Jerry’s Burlington scoop shop and Waterbury Factory. Let us know how they are.

Also, if you’re worried about them being unsafe then don’t be as they’re made from pasteurised eggs and heat treated flour and are perfectly safe to eat and won’t be giving anyone food poisoning. You do have to keep them in the freezer though – however, I imagine you’ll probably be getting through them in one sitting so that won’t be an issue.

For more cookie dough, check out this cookie dough restaurant in New York City. That’s what I’m talking about.