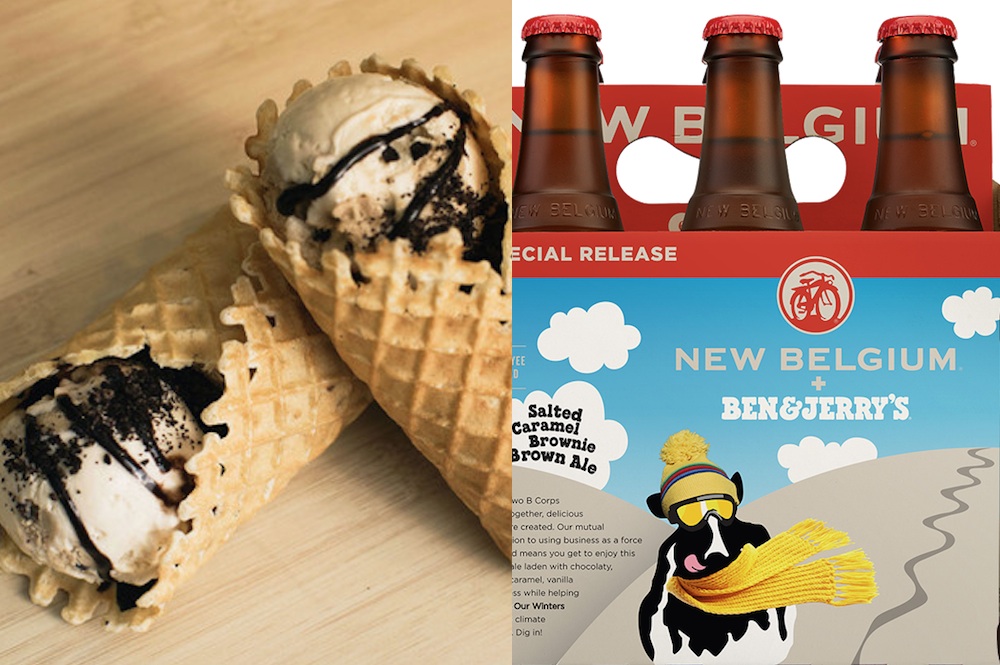 Guaranteed to be delicious.

I doubt many of you have thought that a Ben And Jerry’s burrito or ice cream flavoured beer was a necessary advancement of the Ben And Jerry’s brand, but someone in their marketing and research department did and that’s exactly what they’re doing.

The Brrr-ito – see what they did there? – is being launched to coincide with everybody’s favourite holiday on Monday (that’s 4/20 for those of you not in the know) and actually looks like it will be a fairly sick munch. It’s just a bunch of ice cream in a waffle cone ‘tortilla’, topped with chocolate fudge sauce and cookie dust. Basically it looks completely dope:

On April 20th, Ben & Jerry’s will introduce the BRRR-ito. And you’ll see why 4.20 will be exactly like 4.20. Have one rolled for you in our U.S. scoop shops starting April 20th. See the full video and learn more: http://benjerrys.co/BRRRito (link in profile) #BRRRito

There is some bad news though – it only looks like it’s going to be available in U.S. Ben & Jerry’s stores for the foreseeable future. Why does the UK never get any of these sick new menu items when they’re first launched eh? What the hell is that about?

As for ice cream flavoured beer – I didn’t really think that this was a problem that needed addressing. I mean who has ever sat around thinking that they wished their beer tasted like ice cream? Anyone? Even when you eat ice cream and drink a beer at the same time the flavours don’t exactly compliment each other.

Having said that I’m willing to give it a go because YOLO, you know? The first flavour being released is Salted Caramel Brownie – which actually sounds like it might be disgusting – but who knows, maybe in a few summers time everyone will be relaxing by the BBQ drinking their ice cream flavoured beer. No, I can’t see that working out either.

Really, they should be working on that weed infused ice cream they said they were coming up with rather than these dumb ideas.

It's true. We're collaborating on a beer with @newbelgium to benefit @protectwinters. Info: http://t.co/TRmEekB7eo pic.twitter.com/UtgxFOrG6j