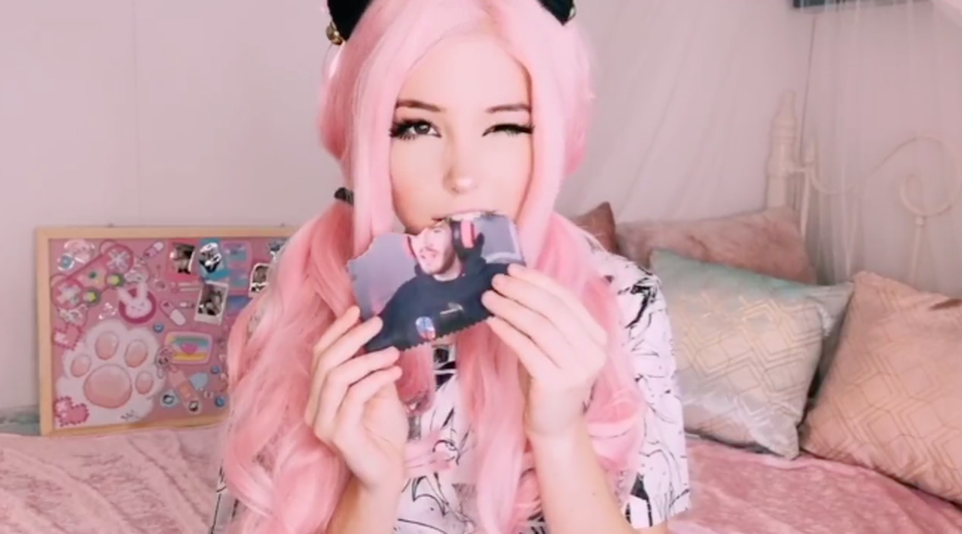 The incels are losing their minds.

For example, ‘Belle Delphine gets BLACK in her HOLE’ is just a video of her potting the 8-ball in a game of pool, ‘Bell Delphine plays with her PUSSY’ is a video of her playing with a cat, and so on…

Check out all those downvotes from her disappointed followers: 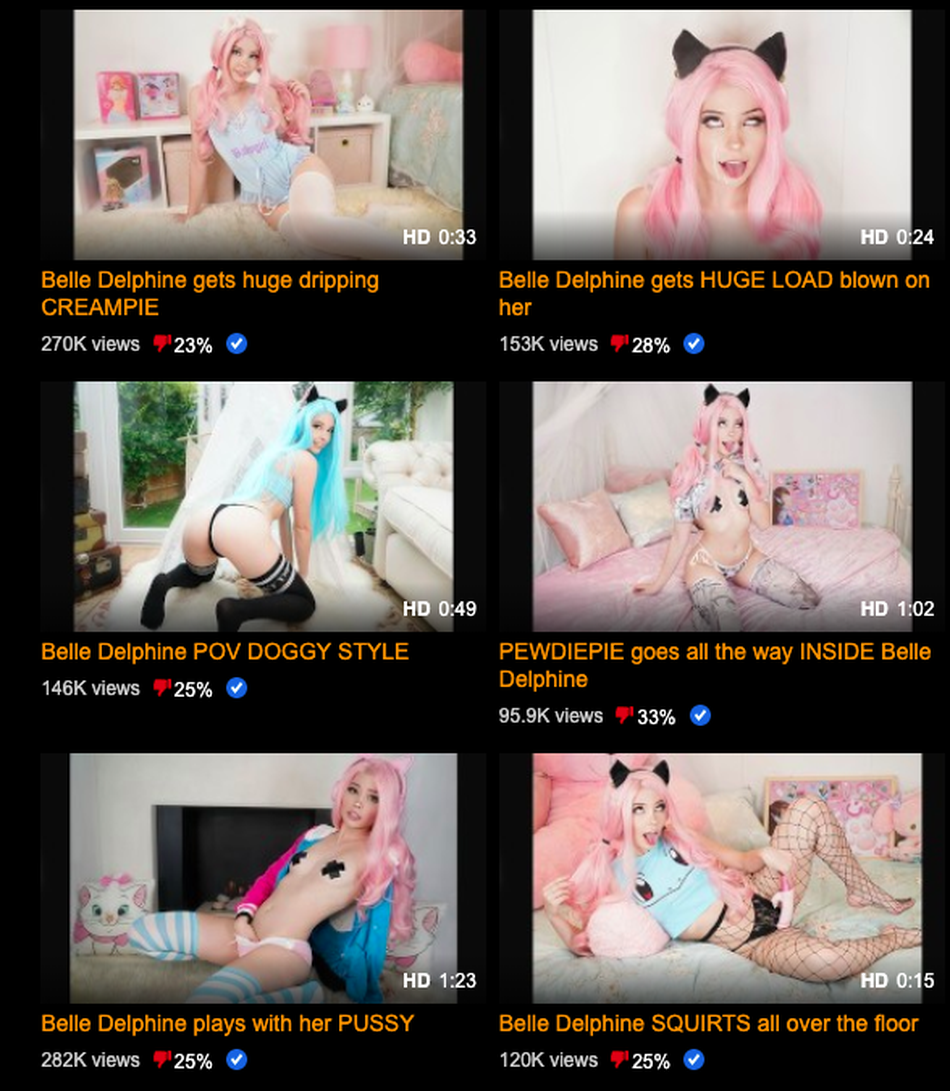 As you can imagine, the incels were absolutely fuming.

Get a load of some of these messages: 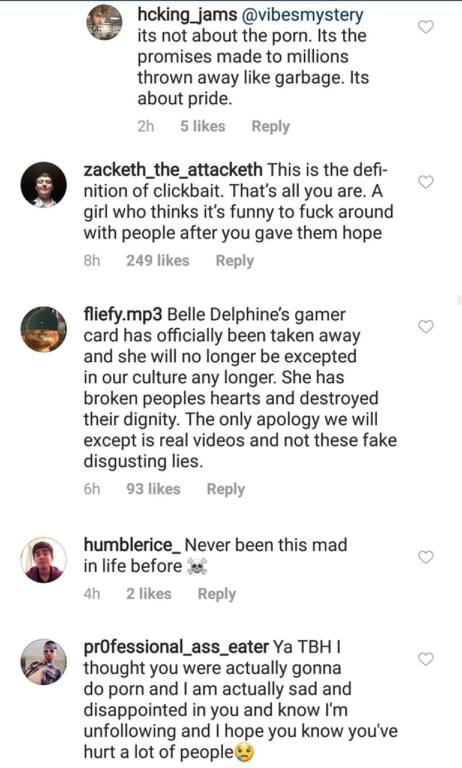 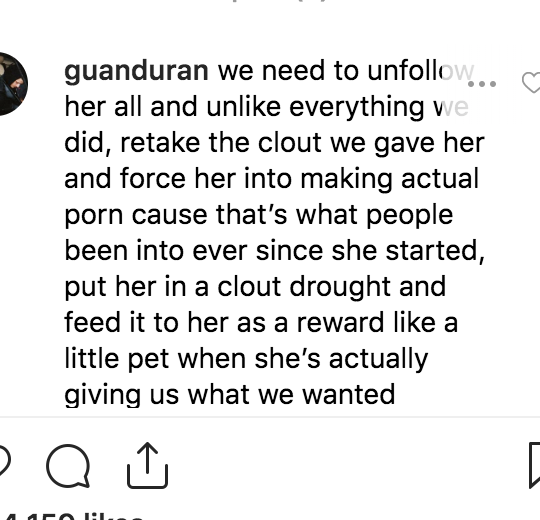 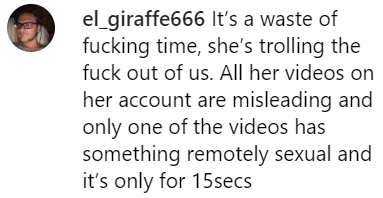 I mean some of those comments are just mind-blowing. It’s hard to tell whether these are genuine messages of abuse or parodies but there’s so much of them that you have to think at least some of them are real. Fair play to Belle on this one – grade A trolling indeed.