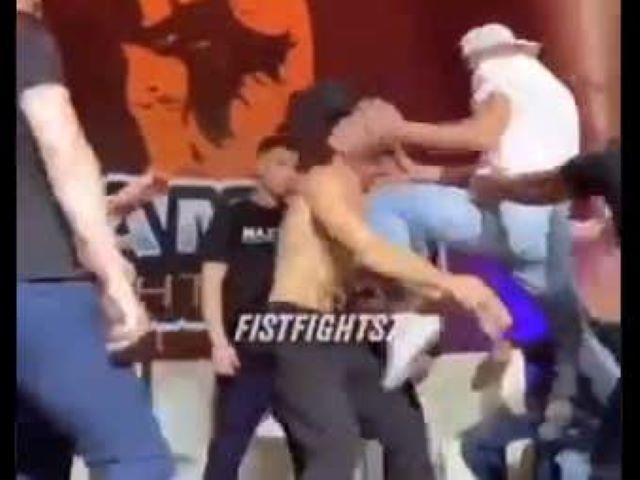 One of the best MMA knockouts of 2021 occurred over in Belarus this last weekend, and it didn’t even take place inside a ring or octagon.

Just imagine – you’re about to face off with your opponent for the cameras on the eve of the big fight. You’ve taken your shirt off, you’ve got a nice little pump on and you’re feeling like a badass. But then – this happens:

Damn, didn’t even wait for them to get the promotional picture of the face-off before taking his head off with the flying knee. Not only a cheap shot but also a lose/lose situation for everyone involved seeing as (I assume) the fight was then cancelled, which means no one gets paid or the opportunity to perform. Then again maybe this is just how they do it in Belarus – you scrap at the weigh-ins and then again the next day in the ring.

Ultimately, it’s scumbag behaviour by the guy in the jeans. Impressive accuracy though – will give him that. If the other guy has him murdered tomorrow, I wouldn’t blame him one bit.

To watch a 3-on-1 MMA fight in Poland end in an absolutely savage beatdown, click HERE. How else was this gonna end?