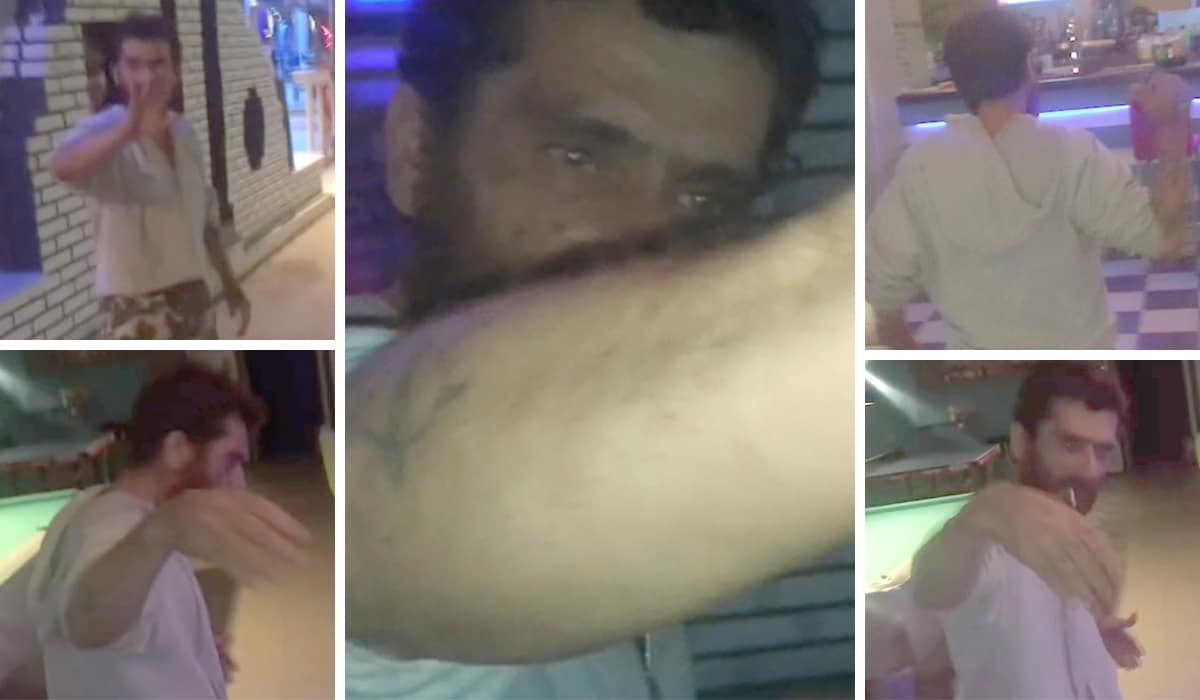 He served just 9 years of his 52 year sentence for raping seven British women.

We covered the story of Dimitris Aspiotis AKA The Beast of Kavos a couple weeks back following his inexplicably early release from prison. The Greek local had raped several British women at knifepoint and only served 9 years out of his 52 year sentence.

Amazingly, Dimitris is back working the bars of Kavos, Corfu, mingling with tourists and really stepping up his social media game.

Well how about this for some social media exposure – being confronted by an ITV camera crew filming for ‘This Morning’ and immediately pooping your pants and running off:

(5:25 if it doesn’t automatically take you there – though the interview with victim Kayleigh beforehand is interesting too if you want to watch that)

Seems to have gone over all shy there? Must have thought he would come out of prison, go back to his life of hanging out in dingy Kavos bars and perving on female tourists and everyone would just let him get on with it. As if Phillip Schofield is gonna have that?

The good news is that the new Greek government is looking to undo a law passed by the old government that allows rapists like Dimitris to go free decades early based on good behaviour and working inside prison. Still majorly uncool that bars out in Corfu would hire him or even allow him into their establishments. I can’t think of many things worse for business than having a notorious rapist hanging out inside.

For the full story on the Beast of Kavos, click HERE. Chilling stuff.