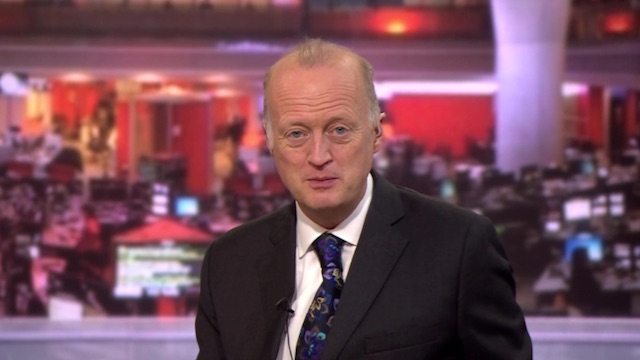 When you think of a news reader then the picture you have is almost invariably of someone wearing a really nice suit and looking like they’re very respectful and authoritative, so that’s why it’s really hilarious that one of them has been busted wearing shorts whilst reading the news.

Shaun Ley looked like he was in his normal attire, but when the camera angle changed you could see that he was quite clearly wearing a pair of shorts and ready to hit the beach as soon as the show stopped shooting. In fairness, it was one of the hottest days of the year yesterday and most of us have been doing the same thing all year whilst we’ve been working from home, but it’s just extra funny that this figure of authority is sitting there with his top half in a suit and his bottom half in a pair of shorts.

Is BBC news reader Shaun Ley keeping his cool by wearing shorts? And if so, were viewers meant to find out? #bbcnews pic.twitter.com/hzy4euQRY6

Yeah again, nothing wrong with that and most of the reaction online is fairly sympathetic to the guy, it’s just very dumb that something like that has ended up happening. Don’t think anyone out there is slamming the credibility of the BBC because of this, but there probably is some sad loser somewhere doing that. Grow up, guy just wanted to cool down FFS.

For more of the same, check out when Jamie Carragher was spotted wearing one of the most embarrassing pairs of shorts of all time. Guy should have been cancelled.