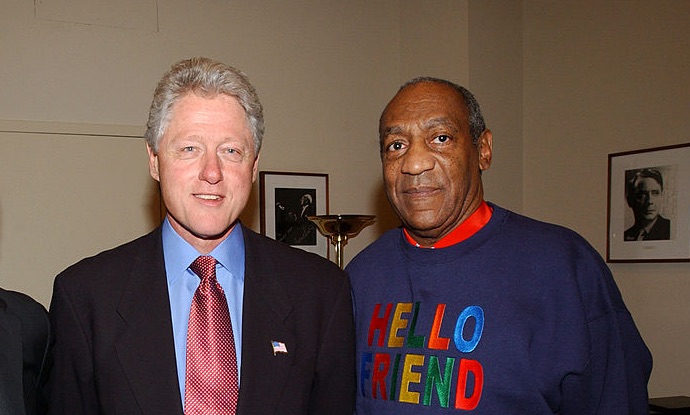 The world still can’t really believe that Bill Cosby has been released from jail after he was found guilty during a trial but it was decided that he wasn’t able to be prosecuted for his crimes because a prosecutor had told him that anything he said during their conversation wouldn’t be liable in court and it seems like the BBC can’t believe it either as they got his name wrong during a segment when they were reporting on it.

The BBC sent a reporter to the Pennsylvania prison where Cosby has been serving his sentence to report outside of it, but unfortunately she introduced the segment by calling him Bill Clinton instead of Bill Cosby. That’s funny you know because Clinton also had a major sexual misconduct charge hanging over him through much of his Presidency and because he also pretty much got away with it, just like Cosby is now.

Lol. What a mistake to make hey? Obviously a bunch of people on Twitter laughed about it and probably will forever judging by how funny they seem to think it is in these tweets:

Thought it would take a lot to top that Andy Murray game but BBC News mistakenly saying ‘Bill Clinton’ instead of ‘Bill Cosby’ is definitely up there.

Bill cosby, Bill clinton, When will it end https://t.co/0gZH8ukutq

Geez people really do seem to be enjoying that a bit too much don’t they? Or see it as indicative of some kind of conspiracy? Just lighten up the poor woman made a small slip up live on air. Maybe have a laugh about it but don’t let it affect your whole entire life. Seriously.

For more of the same, check out when Jeffrey Epstein had a picture of Bill Clinton wearing a blue dress and heels in his mansion. What?!