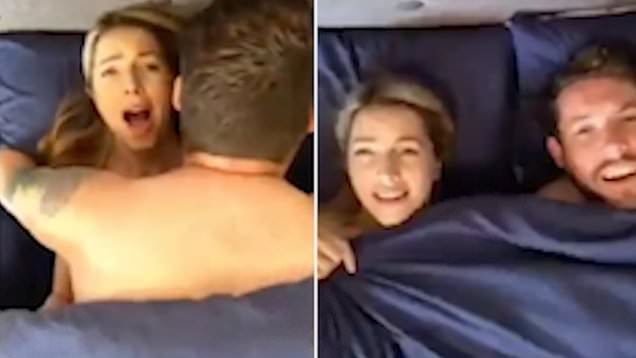 What’s the BBC playing at?

In these days of quarantine, we need all the new content we can get, so I’m not sure what the BBC was thinking by ordering reporter Emma Vardy to take down a spoof sex video she filmed with her boyfriend, because they deemed it ‘inappropriate’.

BBC bosses order correspondent Emma Vardy to take down spoof sex scene of her and her boyfriend posted to raise money for the NHS
via https://t.co/VSUl7QLy5e https://t.co/2dtOHGV8b2

As reported by MailOnline, BBC Ireland correspondent Emma filmed the clip with her amateur footballer boyfriend Aaron Adams as part of a parody of Queen classic ‘I Want to Break Free’.

Somehow the BBC didn’t see the funny side and instead ordered Emma to take the video down and even sent out a company-wide e-mail reminding staff about social media use and editorial guidelines. What a bunch of killjoys!

This was intended to be light-hearted, but Emma accepts it was inappropriate and has removed the clip.

You’d think that maybe the rules could be relaxed a little bit during a time like this but I guess not when it comes to the BBC. Like I said it’s not like we’re spoilt for new content out there during these trying times, and a top BBC journalist getting shagged by her footballer boyfriend would have been a welcome contribution.

Oh well, at least she gave it a try..

On the plus side, it looks like Charlie Brooker is returning to the BBC for a special new ‘Antiviral Wipe’, so that’s something to look forward to.