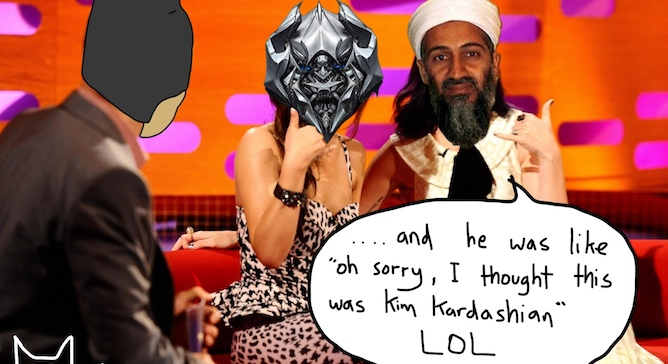 There’s only one man who can sort out the North Korean situation and it isn’t Dennis Rodman – it’s Batman_LDN. 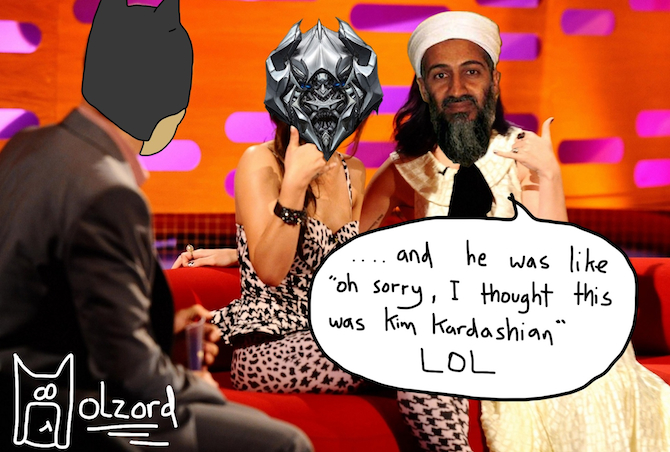 Recently in the news, Kim Jong-un was all like “listen yeah everyone do what I say or I blaps you up”. Everyone is hyping about this hype hype type of statement, but no one has taken the time to decipher it to find out what is really gwarning up in this bumbaklart ting. Based on this, Sick Chirpse sent man like Batman_LDN out on a mission to find out wagwan.

My investigation was to take me to hidden corners of the planet, and was certain to test man to mans limits. Prior to this investigation I’d say my limit was about two pints, but now I can drive the Batmobile after 18 pints and ain’t no man can say shit — 10 Stella’s and I can still operate heavy machinery or knit a jumper and it will be better than Abercrombie & Bitch. I packed my bag and went shops.

Batman: “So what caused you man to decide to try and annoy bare people? What was your inspiration?”

I discovered that the reason people do any tyranny or anything is because they have nothing to do. Boredom is a problem that is really bad in both Afghanistan & Cybertron, so despite thinking that they are dickheads, I could at least identify the cause of the problem.

Batman: “What are your views on Kim Jong-Un? Why do you think he’s on a beef ting?”

Bin Laden: “I don’t think it’s just a boredom ting with him you know fam? I think my man is vex.”

Bin Laden: “He has a haircut that makes Bruno Mars seem less like a lesbian and more like Jason Statham.”

Bin Laden: “He looks like a portrait of his Dad if it was drawn by Honey Boo Boo.”

Bin Laden: “So basically like, man is angry and we can see why. Some people release their anger by like building a table or some shit, whilst others launch missiles at man. It just depends what type of person you are innit. Nothing personal.”

I began to understand that this is less a case of someone being a prick, and perhaps more along the lines of a mental disorder, a something that needs raised awareness so we can help the victims of this ting.

Batman: “If you man was in his situation, would you be less likely to bomb shit if you had something to take your mind off tings?”

Bin Laden: “Aite this is a bit controversial but man’s gonna throw this out there yeah? This all started because of Coolio. He went to bell up Kim Kardashian for a chat but accidentally called Kim Jong-un coz they are next to eachother in phone book.”

Bin Laden: “Now imagine that your job title is ‘Supreme Leader’, you see Coolio up in your iPhone, and man doesn’t want to chat about the last episode of Game of Thrones with you, he wants to talk to Kanye’s bitch. YOU’RE GONNA BE VEX.”

Batman: “So if we kill Coolio then the threat would be eradicated?”

Bin Laden: “Kill Coolio & get Kim Jong-un some new xbox games and I don’t see there being a problem.”

Megatron: “Hold tight Cheese or Lemon, I use their Piff Pouches to store my Pokemon cards.”

Prior to this interview being transcribed, it has been forwarded to and ignored by various governments. As an attempt to take matters into our own hands, we at Sick Chirpse have sent Kim Jong-un a Dreamcast with Virtua Tennis 2 — watch this space.

Batman_LDN Explains Why Justin Bieber Was Late On Monday

A Day In The Life Of Batman _LDN