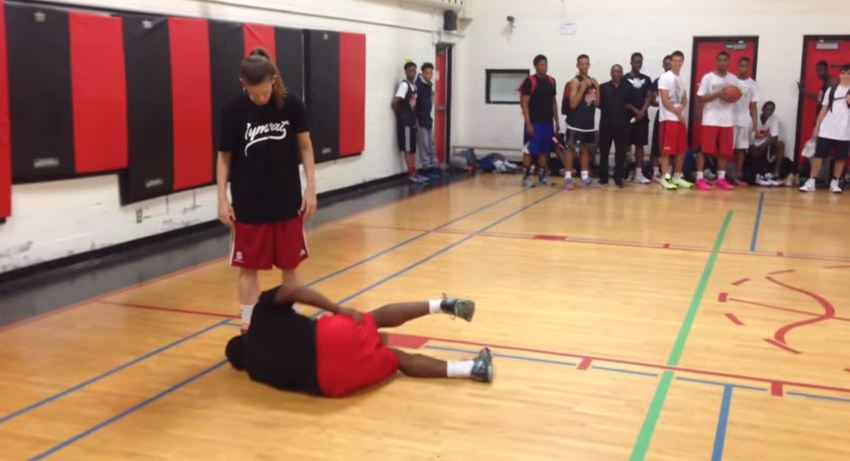 Smart move by this guy completely owning his girlfriend on the courts before proposing. Really wise to assert your dominance during a game of B Ball before getting down on one knee to pop the question (not sure if that was his intention or just how it played out, but whatever). It’s a great video regardless:

Great stuff, although I think she could have shown some more concern while the guy’s rolling round on the floor faking an injury. That could have been a make or break moment for the proposal right there but I guess he have her the benefit of the doubt.

Congrats guys — here’s hoping the wedding goes off without a hitch (so to speak).