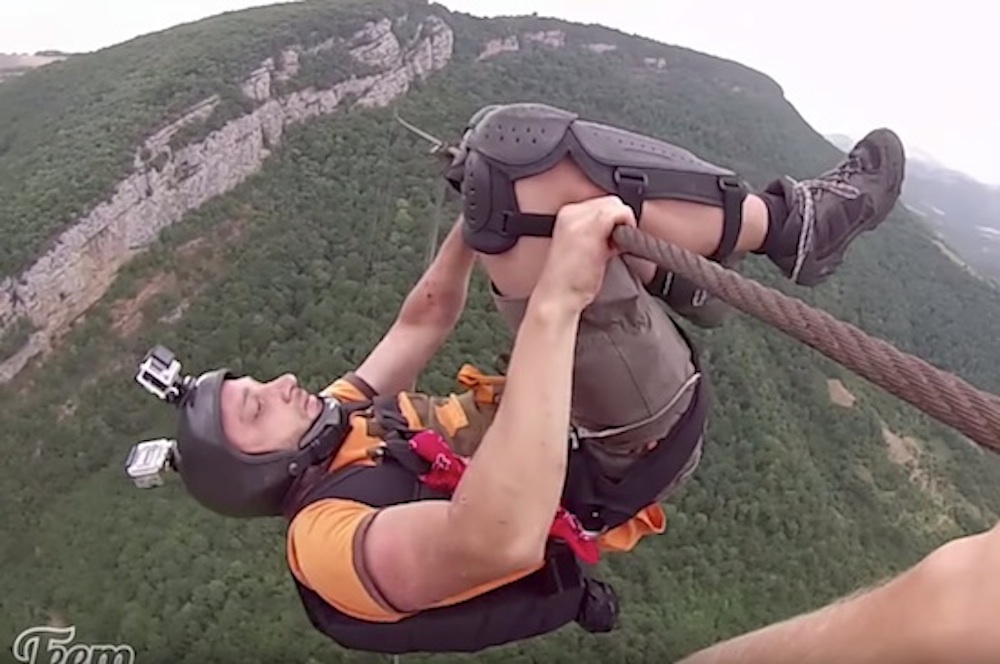 I had to hold onto my chair just watching this.

If you read the site regularly you probably know that I’m pretty much terrified of BASE jumping or anything involving heights and stuff like this, but even so this has got to be one of the sketchiest videos regarding anything like that we’ve ever featured on the site.

For some reason two BASE jumpers decide to zip line down a really horrible looking rusty wire in the middle of some mountains somewhere using their bare hands. It starts off like they’re just trying to traverse it fairly slowly, which make sense, but then the one guy seemingly gets bored and pulls down on his carabiner to turn it into a zip line that looks absolutely terrifying, not least because he tries to slow it down with his hands and ends up burning them to shreds and also because it looks like the carabiner could brake at any time from the friction on the wire. Serious levels of sketchiness.

Yeah, no thanks mate. I had to hold onto my chair just watching this I was so terrified by it, I don’t even really understand why they had to zip line down the wire – why didn’t they just BASE jump from the top? It seems like their gluttons for pain, punishment and fear. Rather them than me like I said.

For more videos that will make you never want to BASE jump, check out this one of two guys messing one up and then breaking their spines. Ouch.