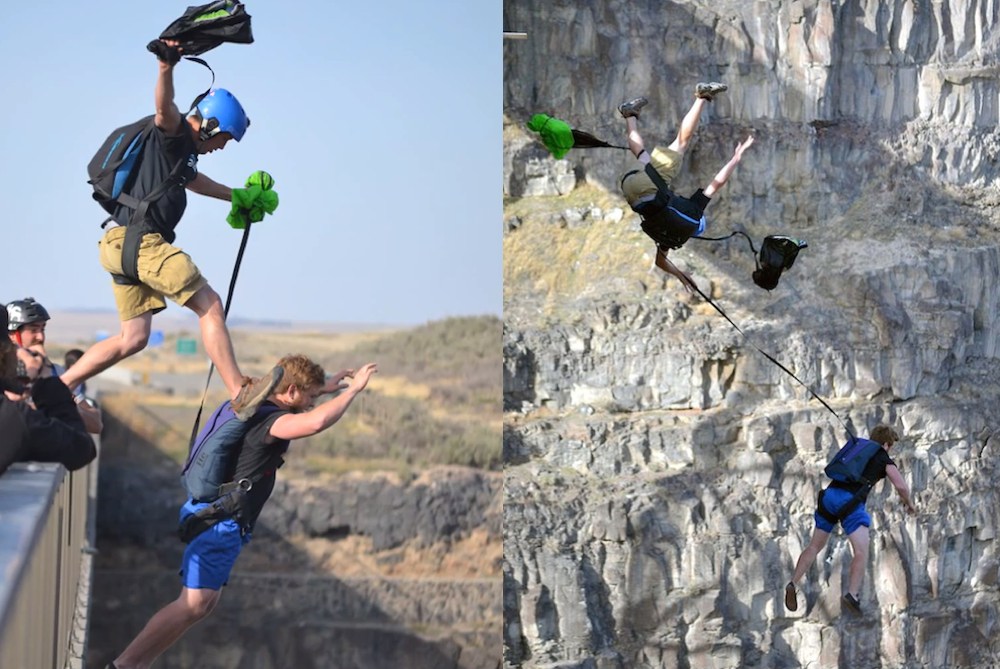 You just can’t hold these guys down.

Here’s a short five minute documentary about a pair of BASE jumpers named Austin Carey and Jay Rawe who absolutely screw up a BASE jump, breaking their backs in the process. One year later though, despite messing up their bodies and one of them being in a wheelchair with a titanium plate fused into their back, they’re back BASE jumping.

It’s supposed to be an inspiring video about how if you really love something then you’ll do whatever it takes to get back into it and you shouldn’t have any fear of anything, but for me the first part where you see these two dudes falling after they mess up the BASE jump only serves to make me never, ever want to get involved with anything like this in the future, alongside this other POV video of a BASE jump gone horrifically wrong. Yeah, I’m a pussy.